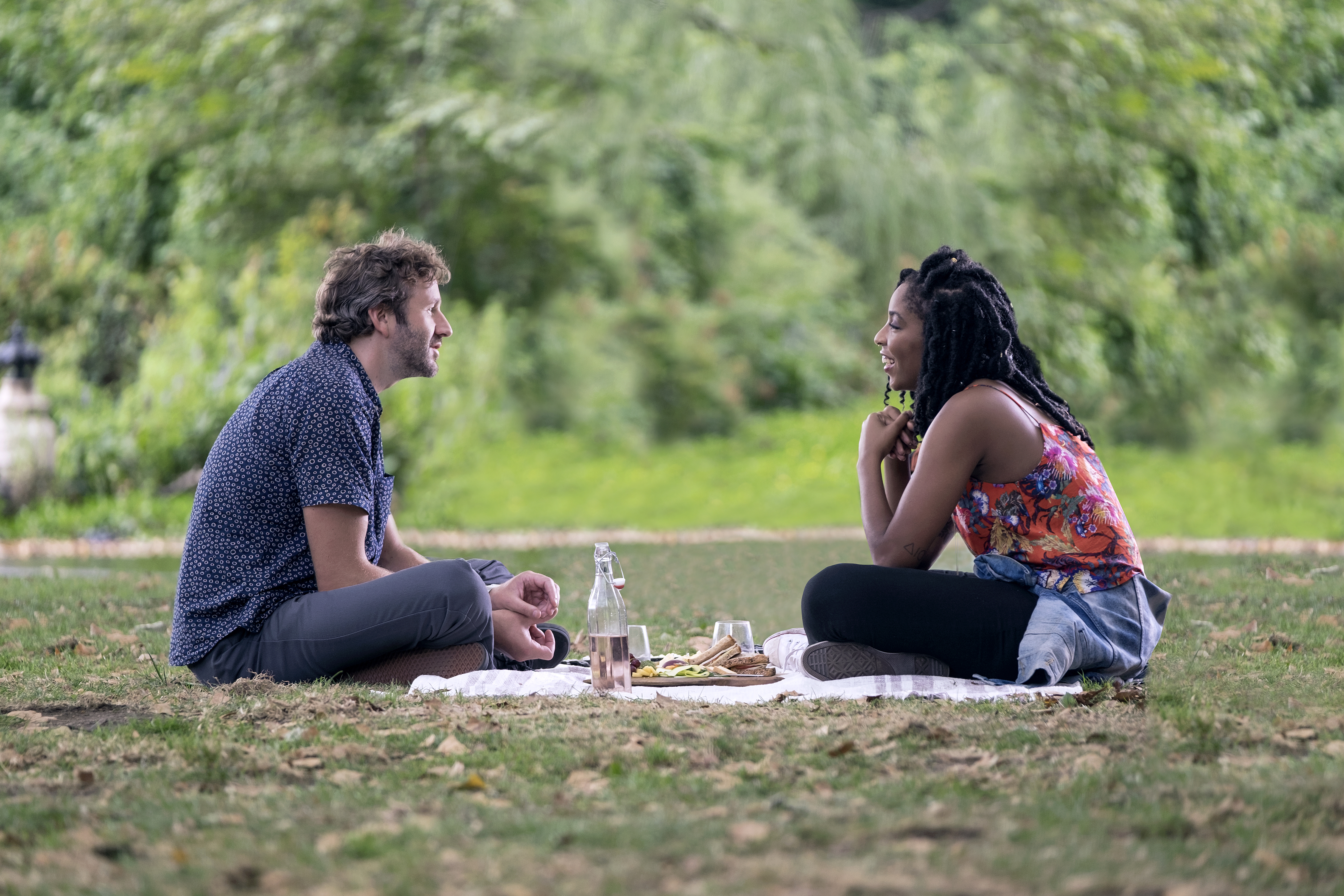 Screenwriter/director JIM STROUSE tends to attract talented collaborators to his films. His first produced screenplay Lonesome Jim snagged not only Steve Buscemi as director, but Casey Affleck and Liv Tyler as stars. Strouse followed that up by writing and directing Grace is Gone, which featured actors John Cusack and Marisa Tomei and a musical score from Clint Eastwood. With his next two directorial efforts, The Winning Season and People Places Things, Jim provided leading roles for beloved character actors Sam Rockwell and Jermaine Clement, respectively. And his screenplay for The Hollars was cast with an impressive ensemble by director/star John Krasinski, including Anna Kendrick, Margo Martindale, and Richard Jenkins.

For Strouse’s fourth directorial feature, he sought out his star before he’d even written the script: Daily Show breakout Jessica Williams. Williams had played a supporting part in People Places Things, and Strouse decided the time was right for someone to write a star vehicle for her. That vehicle ended up being THE INCREDIBLE JESSICA JAMES. The film debuted at the 2017 Sundance Film Festival, where it was met with rave reviews and a distribution deal with Netflix. Williams portrays the title character, a twentysomething New York playwright reeling from a recent breakup and tentatively dipping a toe back into the dating pool. In line with his previous works, Strouse’s supporting cast is strong, including Lakeith Stanfield as the ex, Chris O’Dowd as the new guy, and Noël Wells as the best friend. The Incredible Jessica James is available now to stream on Netflix.

Jim Strouse was kind enough to take some time to answer a few questions for us about The Incredible Jessica James and his filmmaking career. 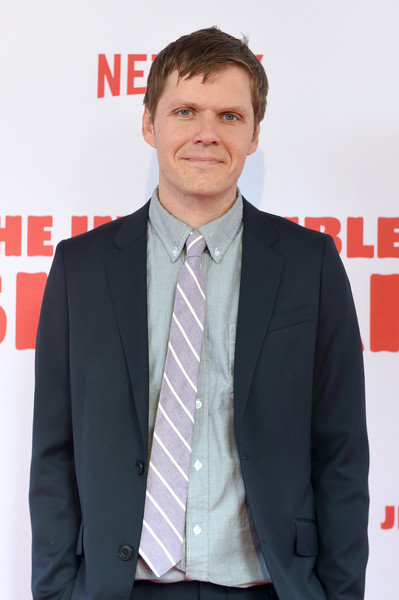 COLIN McCORMACK: You wrote this screenplay with Jessica Williams in mind for the lead. Had you talked to her about the script before writing, or did you just forge ahead and pray that she’d like it?

JIM STROUSE: She knew I was writing it. I told her the premise but halfway into the script, my kids suggested I meet with her to make sure she was actually into it. And God bless my kids because meeting with Jessica halfway through the writing process was very helpful. I downloaded Jessica on what I’d written so far and where I was thinking of taking it, and she gave me a lot of great input regarding what I’d already done and where I was thinking of going.

CM: As a Caucasian man, was there any trepidation about writing an African-American female character?

JS: Yes, of course. I’m well aware how oversaturated popular culture is with the straight white male perspective. And I think it’s really important that people of color get the opportunities to tell their own stories as they experience them. My way into this story was through recognizing Jessica’s talent as an actor. I wrote something catered to that talent as a performer. And I let Jessica know that her input was more than just important to me. It was vital. I’m committed to portraying the diverse world we live in and I’m trying to do that as responsibly as I know how.

CM: What aspects of the Jessica James character did you want to bring over from Jessica Williams’ comic persona, versus new elements you wanted to include that Jessica’s fans maybe haven’t seen from her before?

JS: I definitely was inspired by Jessica’s work on The Daily Show and Two Dope Queens. I wanted to portray a young woman that was committed to justice and equality in that regard. Also, I was inspired by her larger-than-life stage persona in relationship to the quiet and reserved person she can be socially. And her fierce wit. But I was also excited to include quiet moments of poignancy her fans may have not had the chance to witness in things she had done before.

CM: In casting the central relationship, did you test for chemistry between Jessica and Chris O’Dowd?

JS: When you are making a movie at this sort of budget you don’t get to test actors like Chris O’Dowd and Lakeith Stanfield. You just have to offer it to them. But I never doubted there would be good chemistry between them. I could picture Jessica with those guys so easily and it made me smile. Same with Noël Wells. 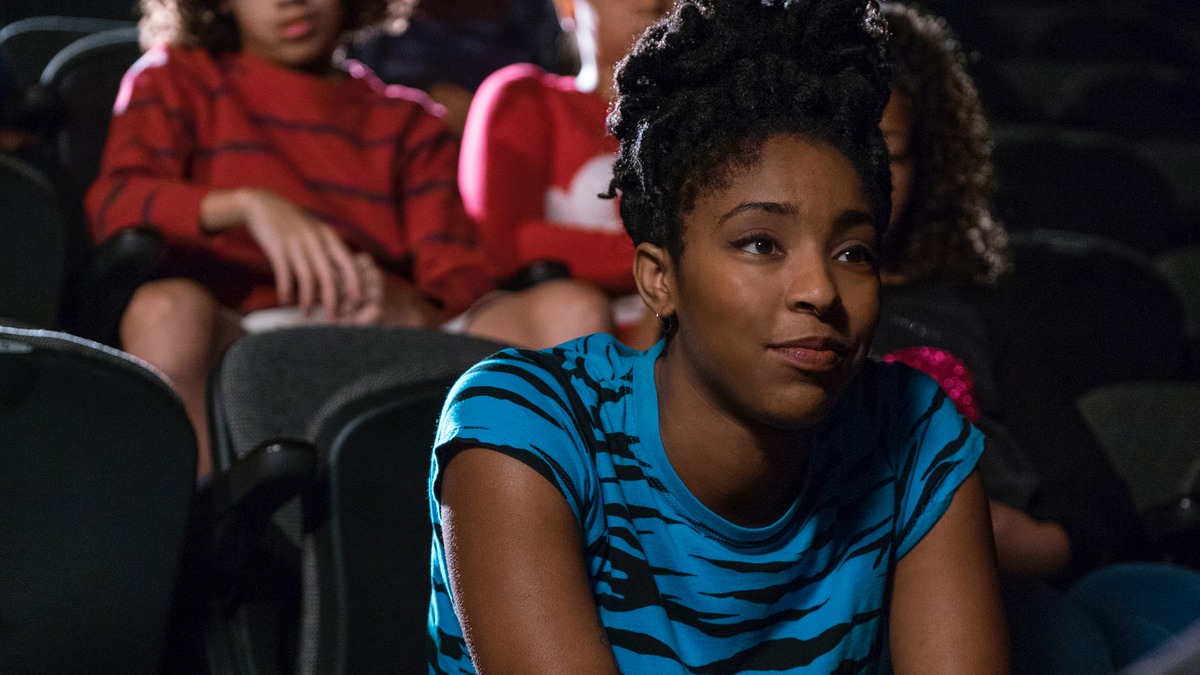 CM: I read before that you write passionate letters to actors as part of your casting pitch. For other filmmakers out there who can’t offer huge paychecks to their talent, what do you write in those letters to plead your case?

JS: Keep it brief yet specific. Let them know you’re familiar with their work and why you think they are right for the part you’re offering. And let them know what the project means to you. If you can convey your passion for the material in a letter you will have a better chance of getting a meeting.

CM: Outside of them saying, “Yes” or “No,” were there any memorable replies you received from actors you’d written to?

JS: Hmm. Emma Thompson passed on a project I was doing with a personal note. That was nice. So much of this business is just waiting around for people to say no to you. And usually those no’s come second- or third-hand. Or they don’t come at all, which can be maddening. A personal touch goes a long way in my opinion. Even when the answer is no.

CM: The Incredible Jessica James is a very New York movie. What do you like about filming in New York?

JS: Well I have two kids so shooting in NYC is practical for me because I don’t like to be too far away from them. But also it’s my home. I’ve been in NYC for 20 years. It’s the place I know best at this point. And it’s an endlessly evolving set. The place never stops changing. I love that about the city.

CM: The film’s opening credits dance sequence is super fun. Was that written into the script??

JS: That dance sequence was written into the script but it would not have turned out half as good without our choreographer, Celia Rowlson-Hall. She and Jessica figured out the moves. I came up with the idea of her eating a sandwich in the middle.

CM: We love actor-filmmakers here at SAGindie, naturally. Two of your screenplays (Lonesome Jim and The Hollars) were directed by actors (Steve Buscemi and John Krasinski, respectively). Was there anything to learn about working with actors by witnessing an actor-director’s process?

JS: Steve Buscemi taught me a lot. I had the chance to be on the set of Lonesome Jim and watch Steve work. He’s my hero. He’s so kind and soft-spoken and yet commands so much respect from all the people around him. Steve listens to people. He knows what he wants but he also listens. And that’s what I try to do on my sets. That comes directly from Steve.

CM: If I’m not mistaken, every film you’ve written has premiered at Sundance. Was any year particularly more stressful or eventful than others?

JS: They are all stressful! You make these little things with all the love and care you know how to give them, and then all the sudden they are out there in the public to be judged, ridiculed and forgotten. That’s scary. The first time was maybe the scariest. My older brother nudged me before Lonesome Jim played at Sundance and he said, “What makes you think people are going to like this?” And I just panicked. Over the years I’ve learned to cope with the stress though. All you can do is try your best to follow through on your vision. Other people’s opinions are out of your hands.

Grace is Gone was also terrifying because it was the first thing I directed. And I felt personally on the hook to recoup our investors’ money. But it worked out.

CM: Netflix became such a huge player at Sundance this year. When did you start talks with them about acquiring The Incredible Jessica James?

JS: Soon after our first screening at Sundance.

CM: Netflix is also known to keep their viewing numbers close to the vest. On one hand, you must be curious – but on the other, is it freeing to not have weekend box office returns hanging over your head?

JS: Having experienced a few underwhelming opening weekends at the box office with other projects, I was kind of relieved not to have to worry about that with this one. I actually had a normal weekend with my kids when it hit Netflix. And the response from social media has been great. That sort of feels like an indication of success for Netflix releases.

CM: What’s next for you?

JS: Hoping to get a call to direct the next installment in the Fast and Furious franchise. But if that doesn’t happen I’ll probably continue with the character-driven comedies.

Thanks to Jim for taking time to answer our questions! You can watch THE INCREDIBLE JESSICA JAMES on Netflix now.