Home › Who We Are › Staff
Meet SAGindie’s Usual Suspects.

While the SAGindie players are most comfortable in dark rooms with strangers (we’re talking about movie theaters), they also occasionally like to exercise their brains by actually reading. Even better is when they read about movies.

See the staff’s favorite books about films or filmmaking in their bios below! 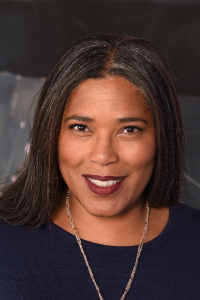 Darrien Michele Gipson is the Executive Director of SAGindie, an educational organization for independent filmmakers. Darrien is a graduate of UCLA, where she received her BA in English Literature; and USC, where she earned an MFA from the Peter Stark Producers Program. She was the Vice President of Development for DEF Pictures before joining SAGindie in 2002 as Festival Coordinator. Through SAGindie, she traveled extensively to film festivals, film schools, and conferences, hosting workshops and teaching filmmakers how to hire professional actors using SAG-AFTRA’s low budget contracts. Since becoming SAGindie’s Executive Director in 2006, Darrien has expanded the organization to reach more festivals and help even more creators on all platforms to bring their projects to fruition. She continues to travel around the world speaking on panels, mentoring writers and filmmakers, and championing diversity, equity, and inclusion in the entertainment industry.

Darrien’s favorite book about moviemaking is As You Wish: Inconceivable Takes from the Making of THE PRINCESS BRIDE by Cary Elwes. It includes amazing behind-the-scenes information about the best movie ever made (she will fight you on that). Darrien especially loves how Elwes has different cast members write their own memories throughout the book. It might be lighthearted and irreverent, but it is done with sincerity and just made her happy. Just like maewidge, it bwings us togetheh.

SAGindie Manager of Development and Sponsorship 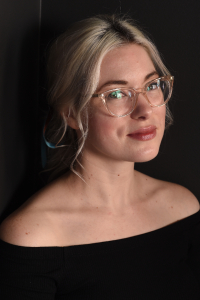 Eliza was born with a vestigial tail! Her parents took her around the world in a traveling show featuring other aberrations, where she was the star. When interest in her died down, she consulted a wise man who told her she would become rich and famous after moving to Los Angeles and becoming involved in film. Looks like he was right! Her duties as Manager of Development and Sponsorship encompass (among other things) traveling to film festivals, speaking on panels and at seminars, and interacting with independent producers worldwide in order to get the word out about the SAG-AFTRA Low Budget Agreements.

Eliza’s favorite book about filmmaking is Cameron Crowe’s Conversations with Wilder. She even liked it after she realized the book was about Billy and not Gene. 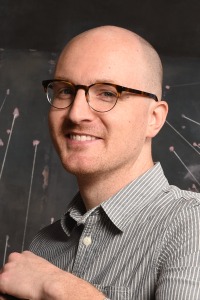 Colin McCormack is the Communications Manager at SAGindie and has worked in various capacities as a writer, producer, and editor on projects ranging from features, short films, commercials, and documentaries. Before arriving at SAGindie, Colin managed a filmmaker outreach program for a national animal welfare nonprofit, assisting documentary and narrative filmmakers on production, financial grants, research, and marketing. As SAGindie’s Communications Manager, Colin handles advertising and promotions, filmmaker interviews, and web operations for SAGindie.org. 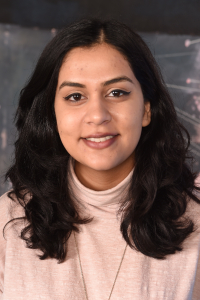 Shefali grew up in Northern California with a bunch of tech nerds, including her parents. She then went on to study Film Production at Emerson College in Boston and eventually remembered that she hated cold and moved back to the West Coast and has been living in Los Angeles since. Shefali has written and directed a few short films and worked in both narrative script development and reality TV casting. She still writes and directs in her free time as well as sings and plays the ukulele with some friends at local venues. She is excited to be working at SAGindie and helping filmmakers and actors have their projects come to fruition. She’s here to help out the team and can answer any questions you might have!

Shefali’s favorite book about movies is James Harvey’s Romantic Comedy in Hollywood: From Lubitsch to Sturges because it introduced her to one of her favorite films, DESIGN FOR LIVING. And a friend recently got her Alicia Malone’s The Female Gaze: Essential Movies Made by Women (essential movies Shefali plans to watch by the end of the year!). 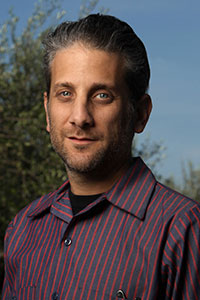 Michael Sládek is an award-winning filmmaker whose recent feature-length films include Con Artist (New Yorker Films), BAM150 (Cinema Guild), and Devils Are Dreaming (Dances With Films, Jury Award). Sládek has also directed and produced multiple shorts, music videos, and web series, including the animated short We Live On Your Street (Slamdance Jury Award). A 2013 Acker Award recipient, he is a screenwriter and graphic artist/illustrator as well as a stage director. A once-and-future actor and member of SAG-AFTRA, Sládek currently serves as New York Rep for SAGindie, helping bridge the gap between indie films and union performers. He has worked as a freelance journalist for publications such as Mean Magazine, served as Filmmaker Coordinator for Tribeca Film Festival, as Talent Coordinator for MTV News, and as Personal Assistant to author Jamaica Kincaid. Hailing from Denver, Colorado and Southern California, Sládek studied theater and actor training in college.

Choosing only one favorite book about movies or moviemaking was tough for Michael, so he used the scientific method of looking at which of his many books on movies and moviemaking was the most tattered because of use. Therefore, his answer has to be Cassavetes on Cassavetes, which is basically a year of film school packed into one convenient collection of from-the-director’s-mouth insights about the process and poetry of DIY filmmaking.