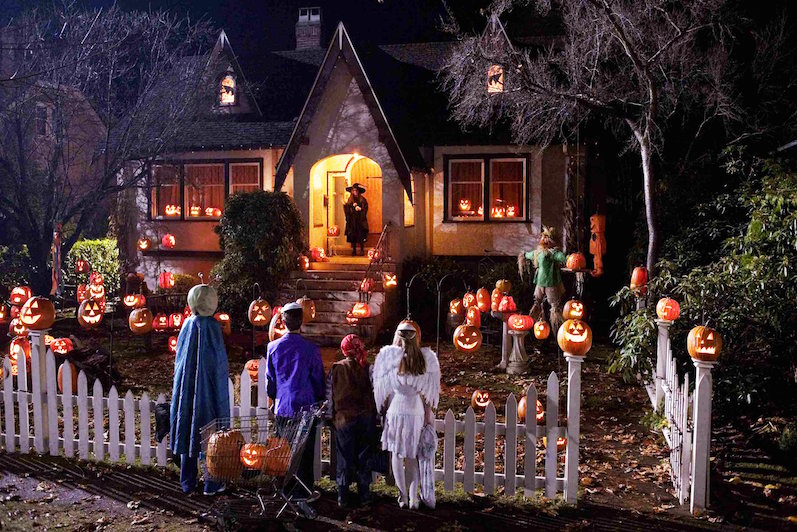 Halloween is a time of year when even non-creative types get a chance to let their creativity flags fly. And while everyone has their own individual preference of what direction to take with their Halloween costume (Scary/Topical/Sexy/Funny/Cute/Offensive/Just Plain Lazy), we at SAGindie are partial to – you guessed it – indie film characters. (Also, just plain lazy.)

So for our indie-film-loving-yet-still-kinda-lazy readers, we’ve put together this handy guide to create some easy DIY costumes. Note that while honoring some iconic films and characters, we tried to stray from costumes that felt a little too played-out, so you won’t find The Dude, Napoleon or Pedro, The Driver, or the kids from Moonrise Kingdom on our list. Though if those costumes strike your fancy, by all means wear them with pride and don’t let anybody stop you. There are no rules* on Halloween!

So make your plans to go out, have fun, eat candy, drink hard cider, and impress your friends with these indie film-inspired Halloween costume ideas.

*Okay, one rule: Dressing up your baby in any of these costumes will increase your cool parent cred tenfold. 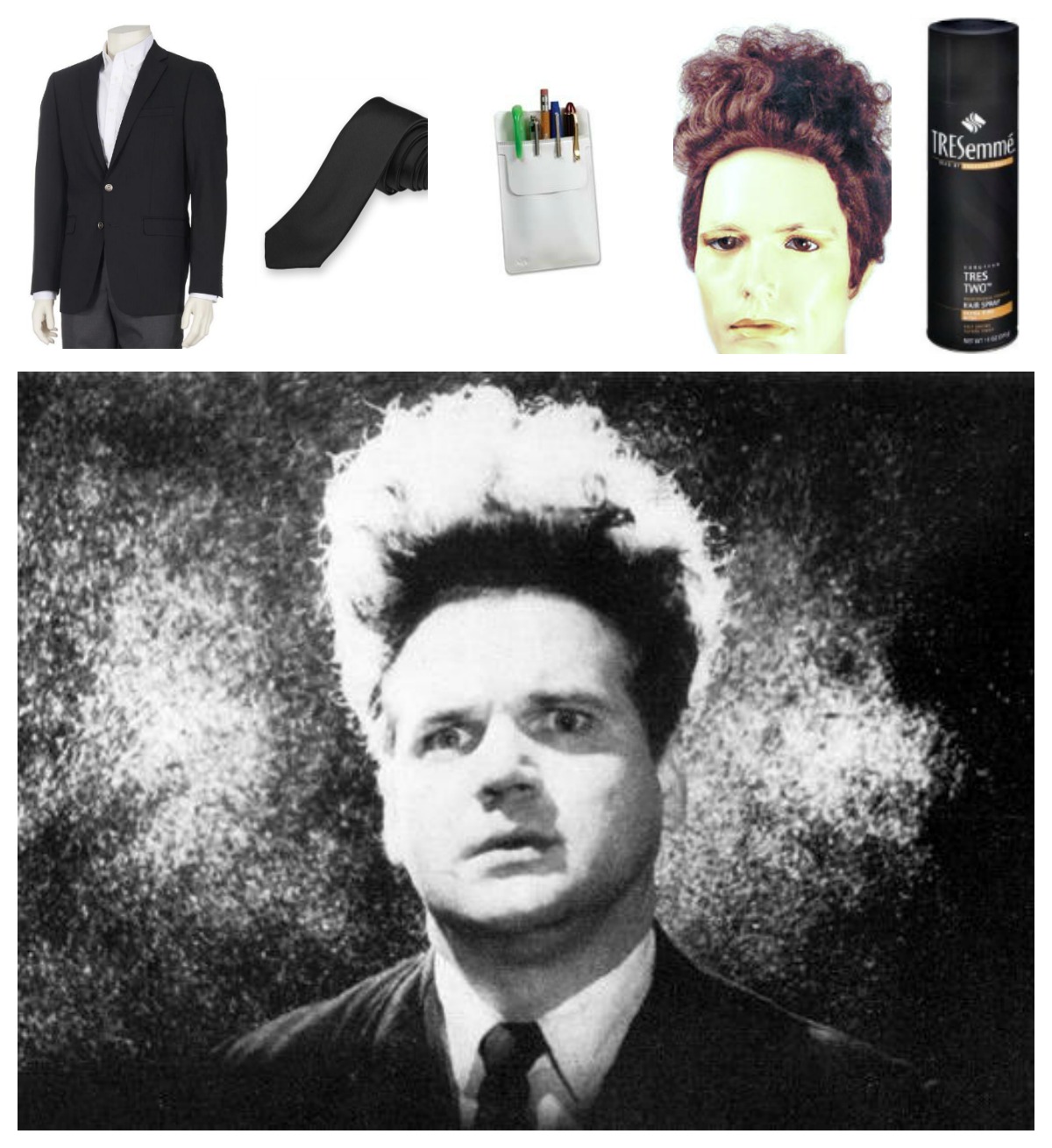 Want to be a creepy character without the hassle of fake blood, guts, makeup, or masks? Honor the Crown Prince of Creepy Indie Film, David Lynch, with this homage to his breakout movie Eraserhead. To embody his tortured protagonist Henry Spencer, here’s what you’ll need:

Bonus points if you want to carry around his deformed baby. Severely melt and disfigure a baby doll, or maybe just carve a disturbing face into a butternut squash. Get creative! (This blog post even has tips on making one out of clay. The internet has everything!) 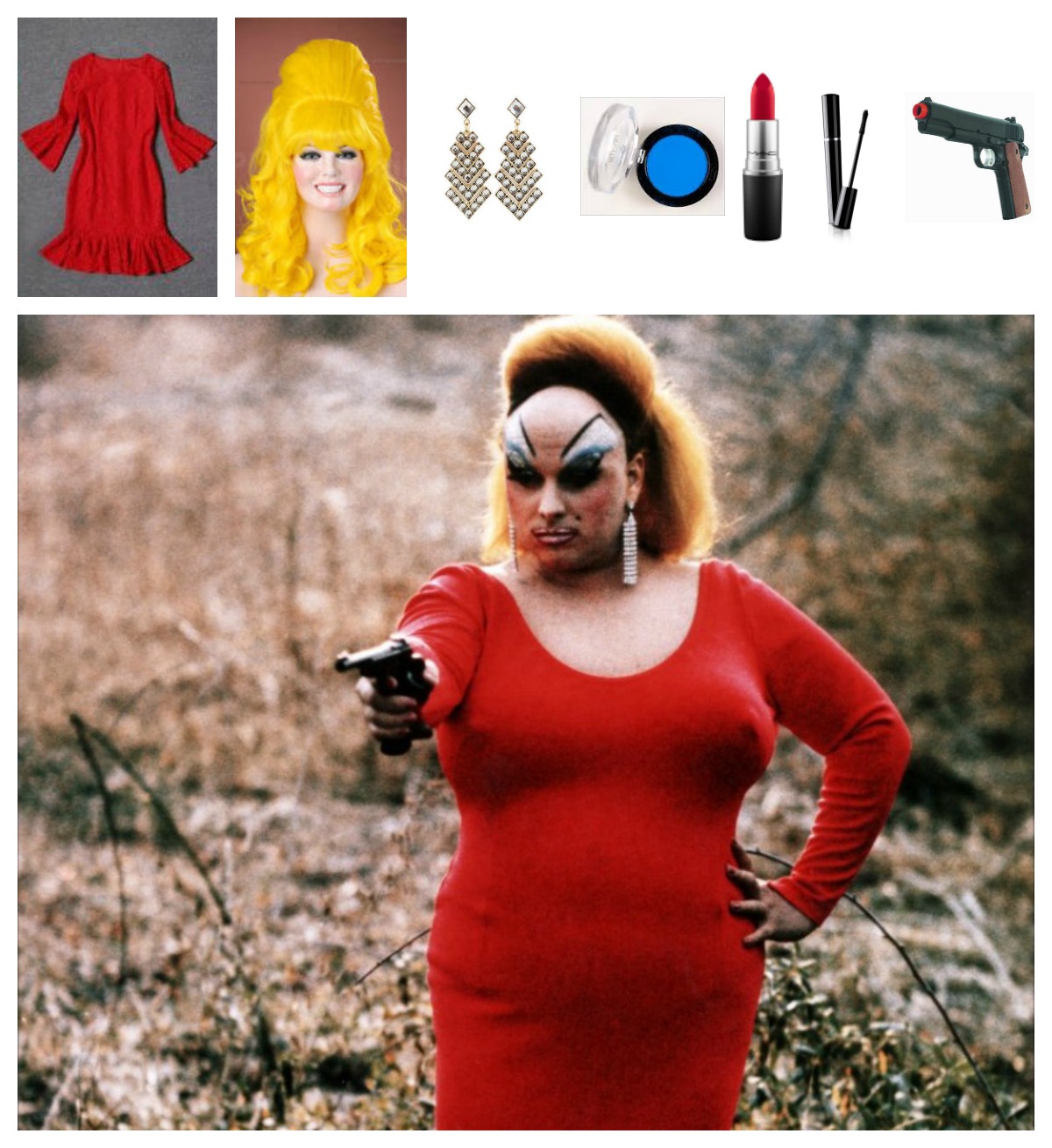 Dressing up was sort of Divine’s thing, so dressing up as Divine (from John Waters’ cult classic Pink Flamingos) seems like a fitting tribute. It’s okay to be a little sloppy with this one (“a little sloppy” was basically the John Waters aesthetic), and you’re definitely aiming for a “more is more” look:

You can also pack a Mars bar, Tootsie Rolls, or buy some of this as an additional prop. But we don’t recommend going as Method as Divine actually did for this one. God love the enthusiasm, but think of your health first and foremost. 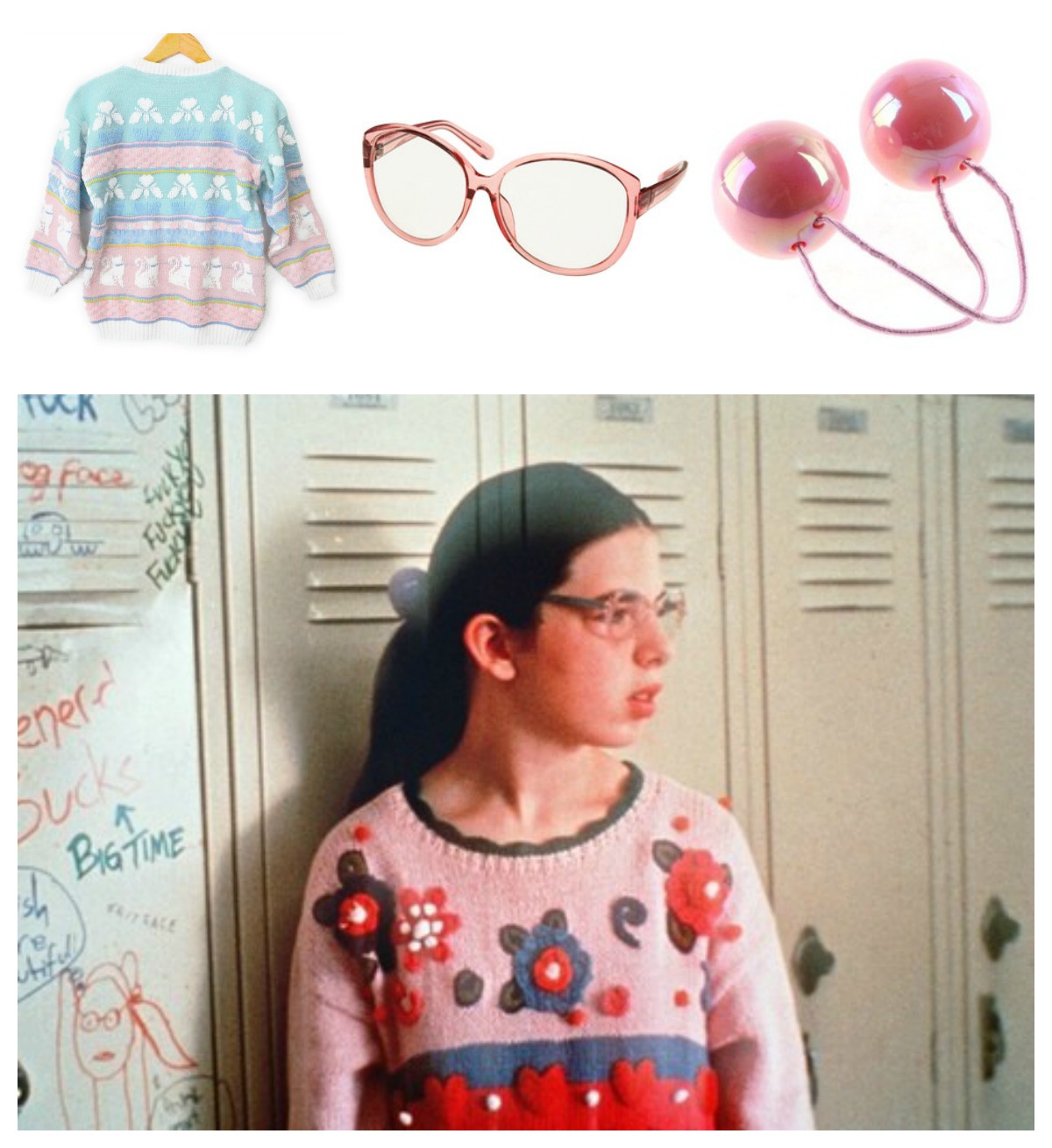 Yeah, we know Harley Quinn will probably be all the rage this year, but why not go with another feminist icon/cinematic outcast instead? To achieve the look of middle school pariah Dawn Wiener from Todd Solondz’s Welcome to the Dollhouse, all you’ll need is:

If nobody talks to you at the party, don’t take offense. It probably just means the costume is working too well. 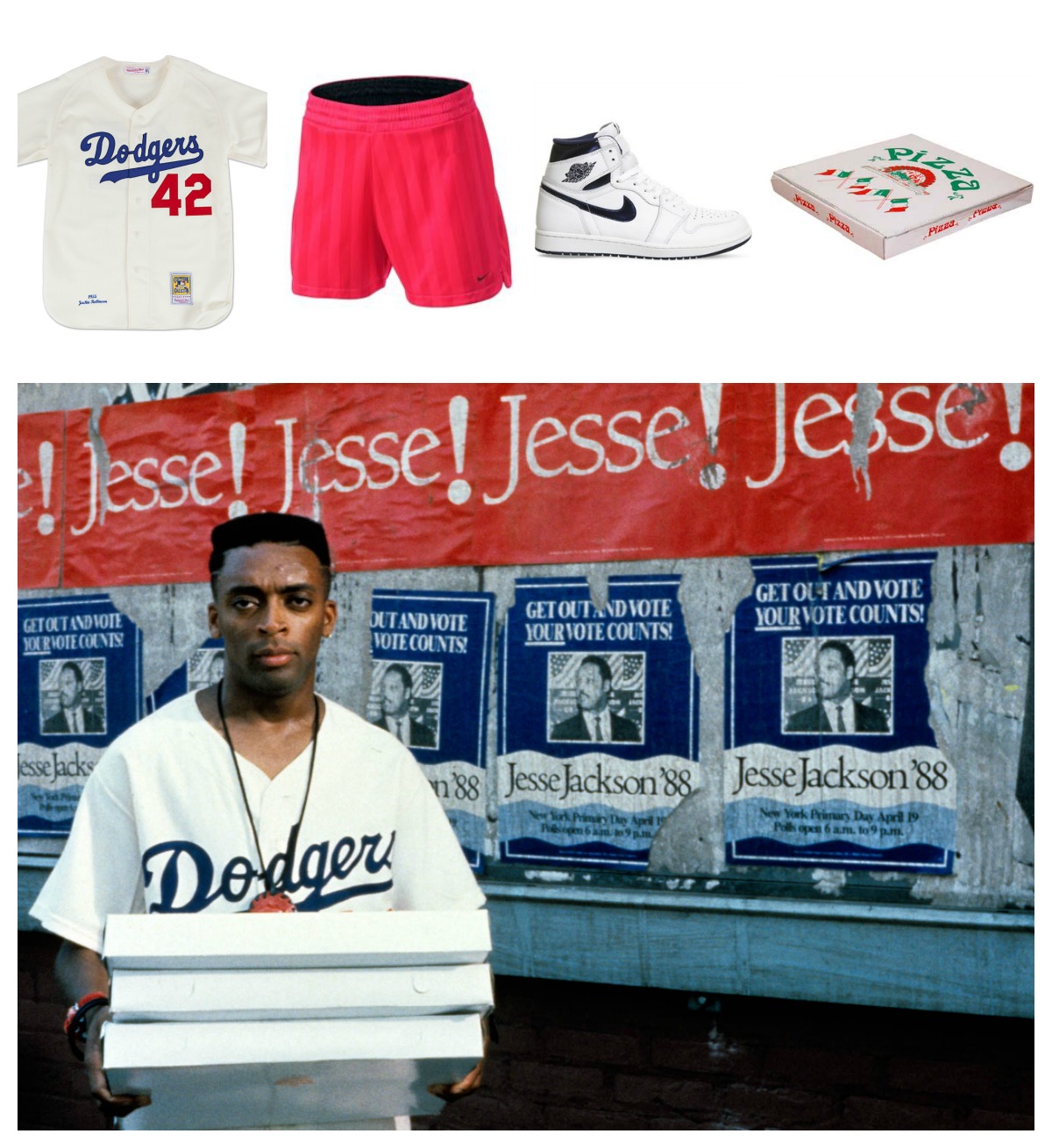 To transform into cinema’s most famous pizza delivery guy (from Spike Lee’s Do the Right Thing), you have to embody two major things: Brooklyn and the late-‘80s. Here’s how you get there:

*Alright, another rule. Now, I hesitate to even bring this up but I’ve seen the internet so I still think it’s unfortunately necessary: Blackface is NEVER OKAY. Nope. Don’t. Even. Think. About. It. Okay? Glad we cleared that up.

Yeah, yeah, you love politics and want to go as Hillary – but wouldn’t it be more fun to go as the closest thing she has to an indie film doppelgänger? To achieve the look of Election’s star student, set your sights on:

You can win friends and influence people by bringing actual cupcakes to the party. Store-bought is acceptable, but you should probably remember that Tracy Flick doesn’t half-ass anything. So if you really want to embody the character, put in some effort and get to baking. 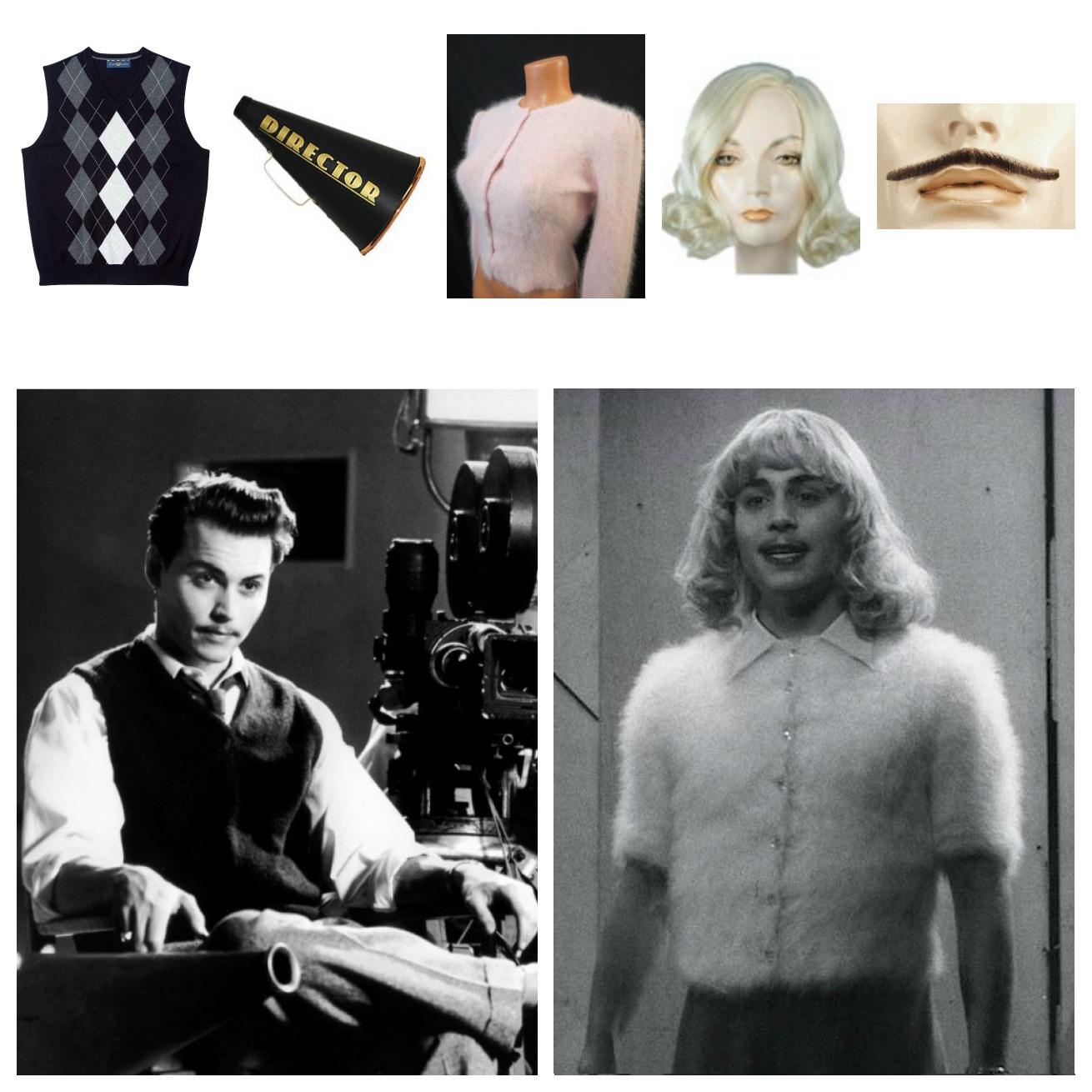 Ed Wood: Not only a movie character, but also an actual real-life independent filmmaker. Two birds, one stone! This costume is extra fun for its ability to mix and match with ease. Want to go as male-dressed movie director Ed Wood? We got you. Prefer the cross-dresser version? Have at it. A little of both? Do it up. Hell, do it as a couples costume with two people going as both versions. Use whatever combo you want with these simple elements:

Make it a group costume with a Vampira or Bela Lugosi sidekick. 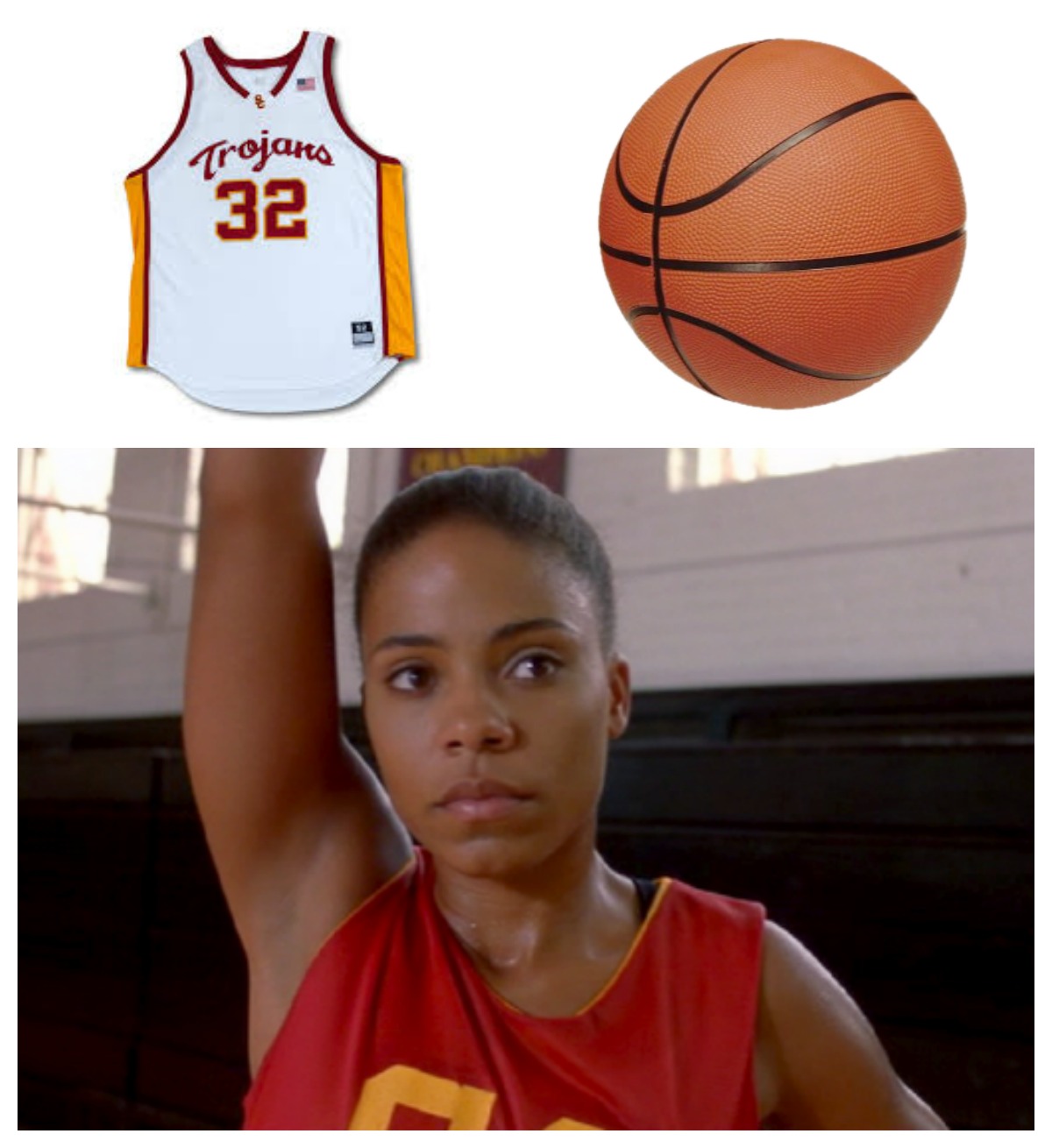 Athletes from the 2016 Rio Olympics will probably be on-trend this year, and while we respect the hell out of Simone Biles and the like, our heart will always lie with indie films. So to be an elite athlete from an independent film, how about Monica Wright from everyone’s favorite sports romance Love & Basketball? It’s super easy:

That’s it. You’ve got the Basketball part down. Completing the picture by finding Love, though, we’ll leave to you. 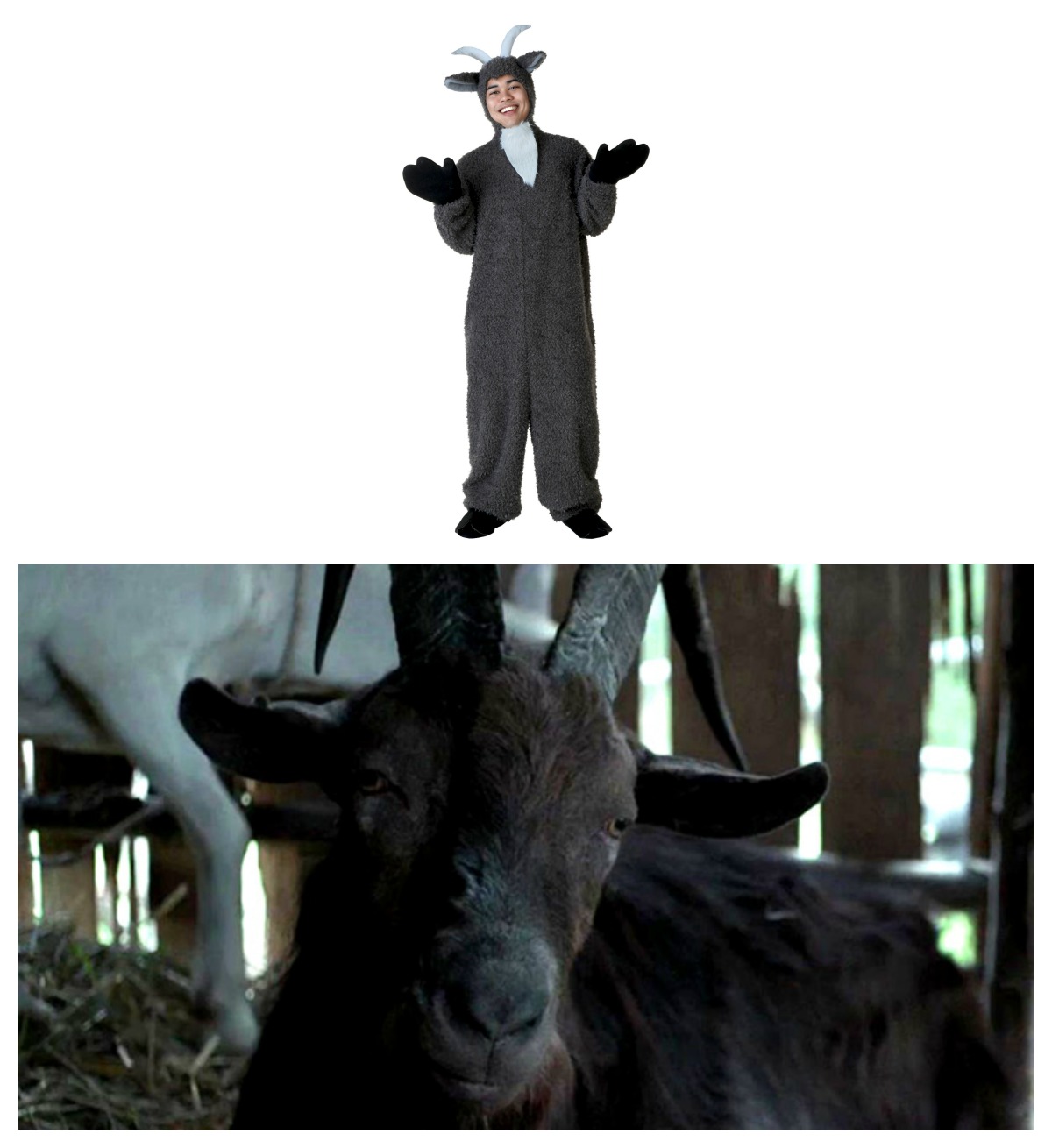 Yeah, The Witch’s demonic farm animal (and Twitter personality) really just looks like a regular black goat. So find yourself a goat costume and you’ve pretty much nailed it.

To be super accurate, you could always quietly tell other partygoers to do evil things. No one will believe an innocent-looking goat just planted that sinister suggestion. Black Phillip is more about attitude than looks. 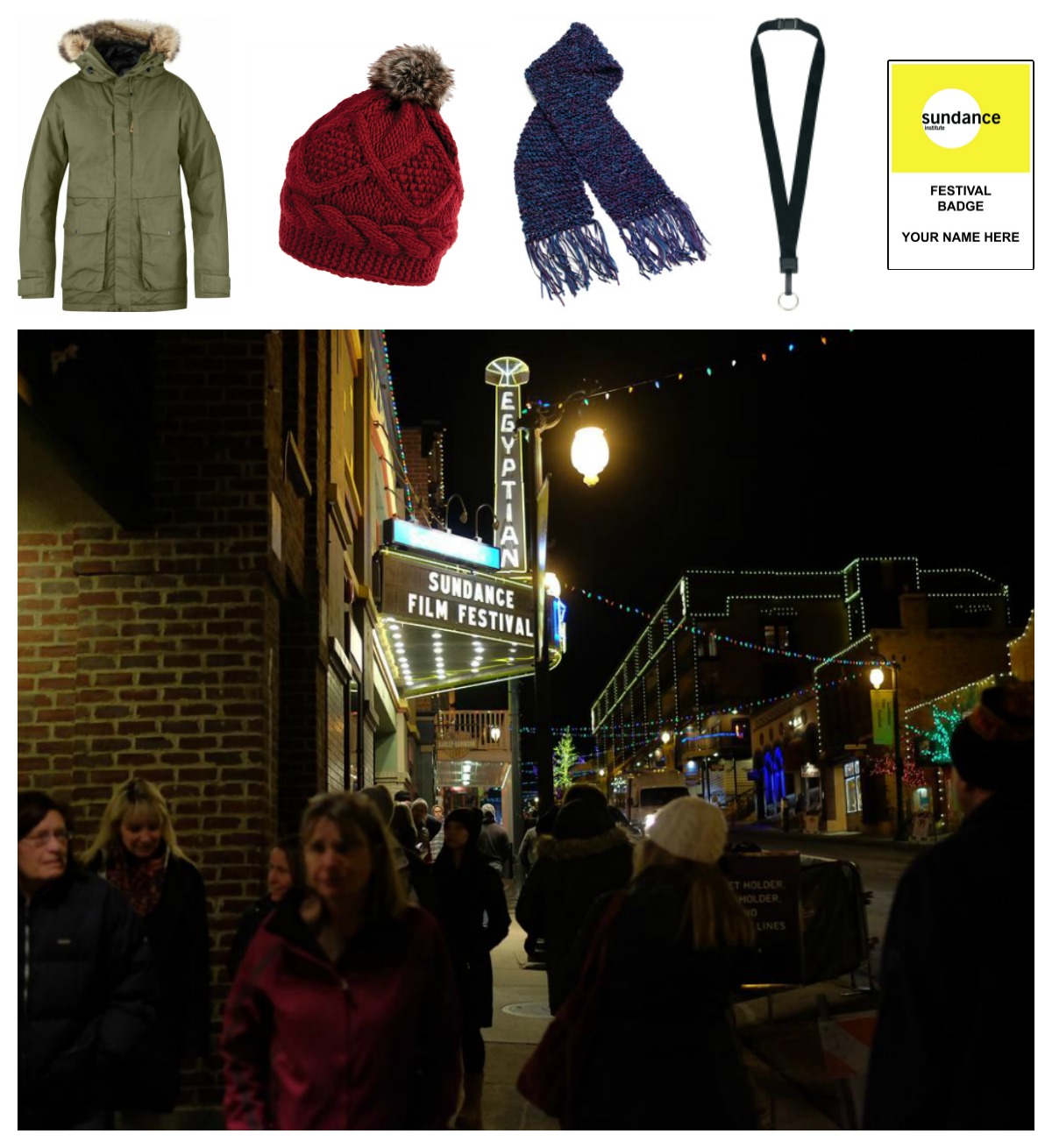 This one’s great for anyone looking for a comfortable costume in a cold climate. You can dress up as a Park City VIP with these simple garments:

Use an old badge from festivals past, or just print your own fake one. If you’re feeling really lucky, hold onto it until January and bring it with you to Sundance and see if it tricks anybody! Free movies and parties? Thanks, Halloween!

*Fake festival badges will not grant you access to any Sundance-sanctioned SAGindie events. We appreciate your commitment to our suggestion, but we also have standards.

WILL YOU BE WEARING AN INDIE MOVIE-INSPIRED HALLOWEEN COSTUME THIS YEAR? INSTAGRAM IT AND TAG US SO WE CAN SEE!