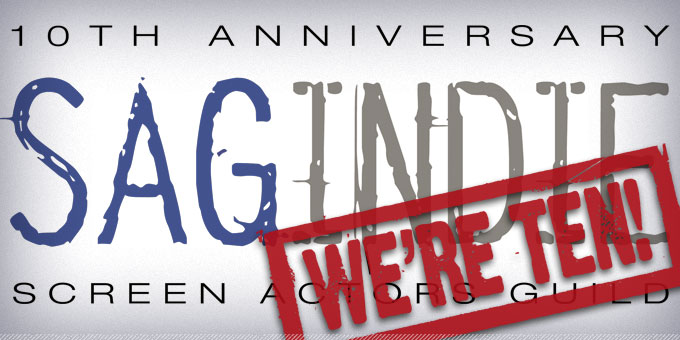 SAGIndie, the outreach program for independent filmmakers, which promotes these Low Budget Agreements turns 10 in January 2007, and so we’d like to mark this anniversary by looking back at history of the low budget agreements and SAGIndie, as well as looking ahead to plans for the future.

“Birth of the Indie Nation”

The late 1960’s were a turbulent time for the nation, and no less so for Hollywood. With the major studios continuing to lose relevance due to lowered artistic standards and stiff competition from television, the future of American cinema seemed bleak. As is often the case, however, adversity breeds opportunity, and a generation of new, independent minded producers, writers, and directors stepped into the void created by the major studio’s moment of weakness.

New names began to appear over the titles of films in American movie theaters: John Cassavetes, Melvin Van Peebles, Gordon Parks, Francis Ford Coppola, and Robert Altman, to name just a few, filmmakers who bravely explored facets of American culture that the studios had been ignoring. Audiences responded. The Hollywood Renaissance had begun.

It was in this atmosphere of change that the Screen Actors Guild, sensing the growing importance of independent film, and eager to become creative collaborators with the new vanguard of American film, presciently created the first Low Budget Agreement on July 10, 1969. This contract made it possible for filmmakers whose budgets would otherwise make it difficult (if not impossible) for them to avail themselves of the deep Screen Actors Guild talent pool to become contract signatories. It also brought low budget films under the Guild’s oversight, guaranteeing safe working conditions, P&H contributions, and residuals for SAG members working on these films. The Low Budget Agreement, like the various new agreements which would follow, laid out a framework of mutually beneficial cooperation between independent filmmakers and the Screen Actors Guild.

“Taking the Word to the People”

From the inception of the Low Budget Agreements to the 1990’s, the contracts would periodically be revised to reflect the ever-changing landscape of independent film-making. However, with wunderkind Quentin Tarantino and the rapidly growing Sundance Film Festival thrusting indie film into the spotlight, and digital film technology making it cheaper than ever to produce independent films, the Guild decided an aggressive outreach approach was needed to ensure that the coming wave of new filmmakers were aware of the real benefits of becoming contract signatories.

And so, in 1997, SAGIndie was born. Funded by a grant from the Industry Advancement Cooperative Fund (IACF), with oversight by the Screen Actors Guild, SAGIndie was created to market SAG to a whole new generation of independent filmmakers. By taking the news about the Low Budget Agreements to indie producers, the hope was that these new filmmakers, many who had never worked with the Guild before, and some of whom were openly hostile to the Guild, would come into the union fold, entering into a partnership with their actors in which both sides could benefit.

Through ubiquitous and creative marketing of the Low Budget Agreements, sponsorship of film festivals and other indie film events, a monthly signatory workshop, and a strong presence on the internet, SAGIndie and the Screen Actors Guild began to make headway. In the early years of the Sundance Film Festival, before SAGIndie was launched, the number of SAG films at the festival hovered around 25% of entrants. 10 years later, that number is consistently over 90%.

“Doing it for Ourselves”

These numbers suggest that independent producers have gotten the word that SAG is willing to work with them. But, interestingly enough, the Low Budget Agreements have also helped an unexpected group of filmmakers: the growing number of SAG members who want to take their career into their own hands by making films themselves.

“I’m not a religious man, but thank God for the SAG low budget agreement,” says Adam Goldberg, who has worked on projects ranging from Joey to Saving Private Ryan, and who has recently been working on the other side of the camera, making his own films, including festival hit I Love Your Work.

His take on the Low Budget Agreements is straightforward and to the point: Without these contracts, “I would not have been able to direct either of my movies nor would any of us actors have an opportunity to do what sometimes we are only afforded to do on such budgets: Act.”

In 2005, the Screen Actors Guild completely overhauled the Low Budget Agreements, which were drawn up for a different era, and no longer reflected the realities of the modern indie film business. The old Experimental Contract, source of many a headache for SAG members, staff, and producers, was retired. The Guild replaced it with two new contracts: the Short Film Agreement and the Ultra Low Budget agreement, contracts designed to cover the very lowest end of low budget productions.

These new contracts have helped to ensure that even micro-budget and no-budget films are produced under the auspices of the Guild’s work rules. They have also dramatically increased paying jobs for union members.

Says SAGIndie Director Paul Bales: “One of the things we’re most proud of is the opportunity to help Screen Actors Guild respond to the constant changes in the industry by revising and updating the Low Budget Agreements. This flexibility has allowed the Guild to support films that otherwise might not be made. And the results have benefited everyone. The most recent changes to the agreements have created a fifty percent increase in the number of paying jobs for actors.”

As the Guild closely monitors the growth of alternative distribution systems such as mobisodes, Internet streaming, and download on demand, the Low Budget Agreements are sure to be adapted again to reflect the challenges presented by this new, dynamic technology, all while retaining a steadfast commitment to protecting performer’s rights and pay.

These successes are heartening, but SAGIndie and the Guild are pressing ahead with plans to capitalize on their momentum. Year 10 will see a complete overhaul of the SAGIndie website, a redesign which includes plans for moving more of the Low Budget signatory process online in order to make it more user friendly.

SAGIndie will also continue their renewed push to increase work opportunities for protected groups, by promoting the Diversity In Casting incentives at film festivals, online, and through their newly launched Diversity Screening Series.

The challenges of the future are many, but as in the 1960’s and 1990’s, the opportunities are great. As the industry inexorably moves into the digital age of cinema, SAGIndie and the Screen Actors Guild will continue to look forward to anticipate and respond to these challenges and opportunities.

“Through the work of SAGIndie, actors and filmmakers are finally true partners in the cinematic art form,” says Bales. “We look forward to moving SAGIndie into the next decade by continuing to grow and adapt with the ever-changing independent film industry.”