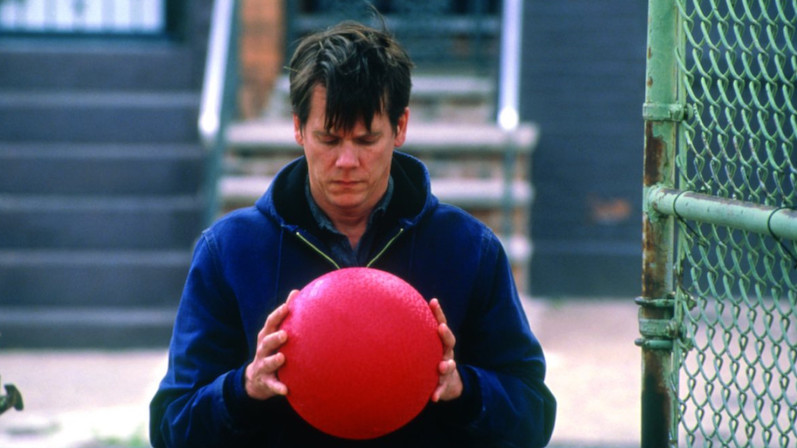 It’s a typical story. You are in film school, have a couple of completed short films, and you are looking for inspiration for your first feature. What do you do now? How do you make that transition from aspiring student to professional filmmaker? For NICOLE KASSELL the answer came in the form of a stage play she saw in New York. Through years of hard work and perseverance, Nicole brought her adaptation to the screen in a big way – with seasoned performers like Kevin Bacon and Kyra Sedgwick. THE WOODSMAN tells the story of a convicted child molester just released from prison who is forced to deal with social prejudice and the fear that he will not be able to control his dark urges. A festival favorite, The Woodsman competed in the 2004 Sundance Film Festival and was featured in the Directors’ Fortnight in this year’s Cannes Film Festival. 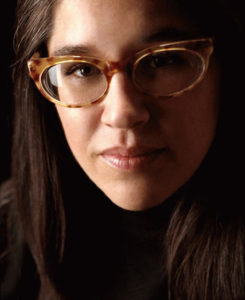 SAGINDIE: How did you find The Woodsman?

NICOLE KASSELL: It started as a play in New York City staged at the Actors Studio. At the time I was still a student. I saw it and was blown away. At the time I wasn’t looking to do an adaptation or necessarily something on the subject matter. I stumbled across it and couldn’t get it out of my head.

Tell us about the adaptation process.

NK: I contacted the playwright and at that point I had one short film to show him ­- I hadn’t finished film school or anything. He was understandably skeptical so I convinced him to let me do a first draft on speculation, just to show him what I was thinking. He let be do it because he had nothing to lose if it was no good. I showed up six weeks later with a full draft and I think he was so impressed that I just did it in the first place. When he read it he liked where I was going with it and he agreed to let me option the material based on being a co-­writer on it.

Were there creative differences between you and the screenwriter?

NK: Sure, but that’s always healthy. I really love collaborating. Part of working with people is challenging each other. If he was very attached to something or protective of something, he had to really convince me of why and vice versa. If I wanted to try something that he didn’t like or get rid of something, I had to give good solid reasons. So it was always very constructive.

What challenges did you have in translating the play to the big screen?

NK: Making it visual was the primary concern and also grounding the film in realism. The play was kind of minimalist and abstract. My main focus on the film was to have it feel like every day, anywhere, any man America. The play was strictly within Walter’s apartment, the therapist’s office, the park bench, or a warehouse. So because of the theme of wood in the title, The Woodsman, I had the idea of having him work in a lumberyard. Cinematically I felt that it would be so much more beautiful on film in a lumberyard than just a guy moving furniture. I took visual cues from the dialogue. So none of the workplace scenes exist in the play and the character of Mary Kay, played by Eve in the film, wasn’t in the original stage play either. Probably the biggest change was in the character of Walter. In the play he was much more extroverted, verbal, and outgoing, and in adapting that character we made him much more internalized and quiet.

And did you do a lot of research?

NK: I did a ton of research as soon as I started writing. I did not want to take this material on too lightly. I interviewed people on both sides of the issue -­ victims and family members of victims, to offenders both in and out of jail. I sat in on group therapy sessions for men on parole and worked with sex offender therapists. I read a ton and did as much research as I could. I didn’t want any silly inaccuracies to destroy the film’s credibility. 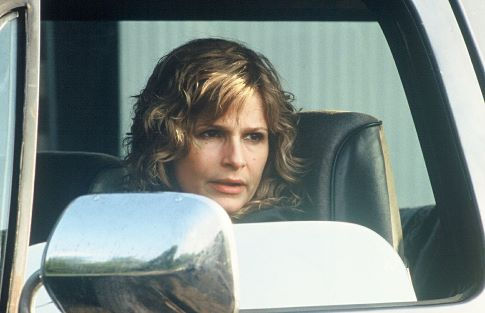 And you submitted the film to the Slamdance script competition?

NK: We won the 2001 Slamdance screenplay competition and basically what that did was give us a seal of approval within the industry. It still took me a full year to find a producer from the time we won. Lee Daniels, the producer, didn’t sign on until September 2002. The competition got a lot of doors open but then they quickly closed when they read the script. I got a lot of feedback of we love the script but we want to see the movie first. I think it was a combination of the subject matter and the fact I was a first-time director.

Speaking of subject matter, was it difficult to find a leading man willing to play a convicted pedophile?

NK: It wasn’t easy. People didn’t jump at the offer. I really feel it was a dream come true to have Kevin take the part. I’m so grateful to him for having the courage to take on this part and he was a great mentor/collaborator.

Was it difficult being a first time director working with talent of that caliber?

NK: No. He was really supportive. It was difficult being a first-time director period. I felt that there was a huge stigma with that. I remember the night we wrapped the shoot feeling this overwhelming relief that I would never have to be a first-time director again. But I really never felt that way with the cast or some of the crew. I think that’s important because when you have any point in conflict you don’t have anything to back up your argument, just the experience of having a short film and having gone to film school.

It’s really a star­-studded cast. Did you have problems working around schedules?

NK: I really feel I lucked out. Everybody who got involved did it as a labor of love. I mean, nobody was getting rich off it. Kevin and Kyra were very generous and rehearsed with me a lot before the shoot. But then I had to deal with Mos Def, Eve, and Benjamin Bratt, and I met them the first day of the shoot. As a director, that was frightening period because I am very pro-­rehearsal and I just didn’t have the time on this shoot. I am very present on-set at all times. I don’t live in video village or hide behind the monitor. I stay on set next to the camera and stay very close to the actors and I think that worked here. I never felt resented or that my direction wasn’t appreciated.

Is this the first time Kevin has worked on-screen with his wife Kyra?

NK: No, they actually met on a film quite a while ago. I think it was a pirate movie but I forget. This was the first time in at least five years that they’ve acted together. Kevin directed Kyra in his first feature.

What kind of special considerations did you have concerning underage performers in regards to the subject matter?

NK: When we started local casting in Philadelphia, I was afraid that people would find out what the film was about and no one would turn up for auditions. But just the opposite happened, it was an incredible turn out fortunately. I was really impressed that people turned out to support the film.

Why did you choose to shoot the film in Philadelphia?

NK: First of all, it was visually important to the film. I love the look of the city and I know it well because I was born there. And we were coming from New York, which made it easier for us. There has been a lot of film production there and we knew we could get local talent and crew.

What are you most proud of when it comes to the finished film?

NK: If you were to read the script you would see that that is what is on the screen. I managed to put on screen the vision I had created on paper. 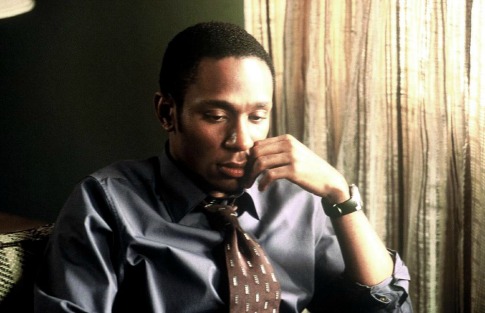 And the feeling you first experienced when you saw the play?

NK: It was scary to show the playwright the film for the first time because it was definitely different. But he felt the heart of the play was still there. I definitely feel that when I watch the people leave the theater it seems that they are leaving with the same feeling.

Collaboration was Nicole Kassell’s answer. You can check out the creative process yourself when The Woodsman hits theaters in a limited release starting December 24th just in time for Oscar nominations.

[UPDATE: The Woodsman is streaming on Kanopy and Sundance Now.]
__