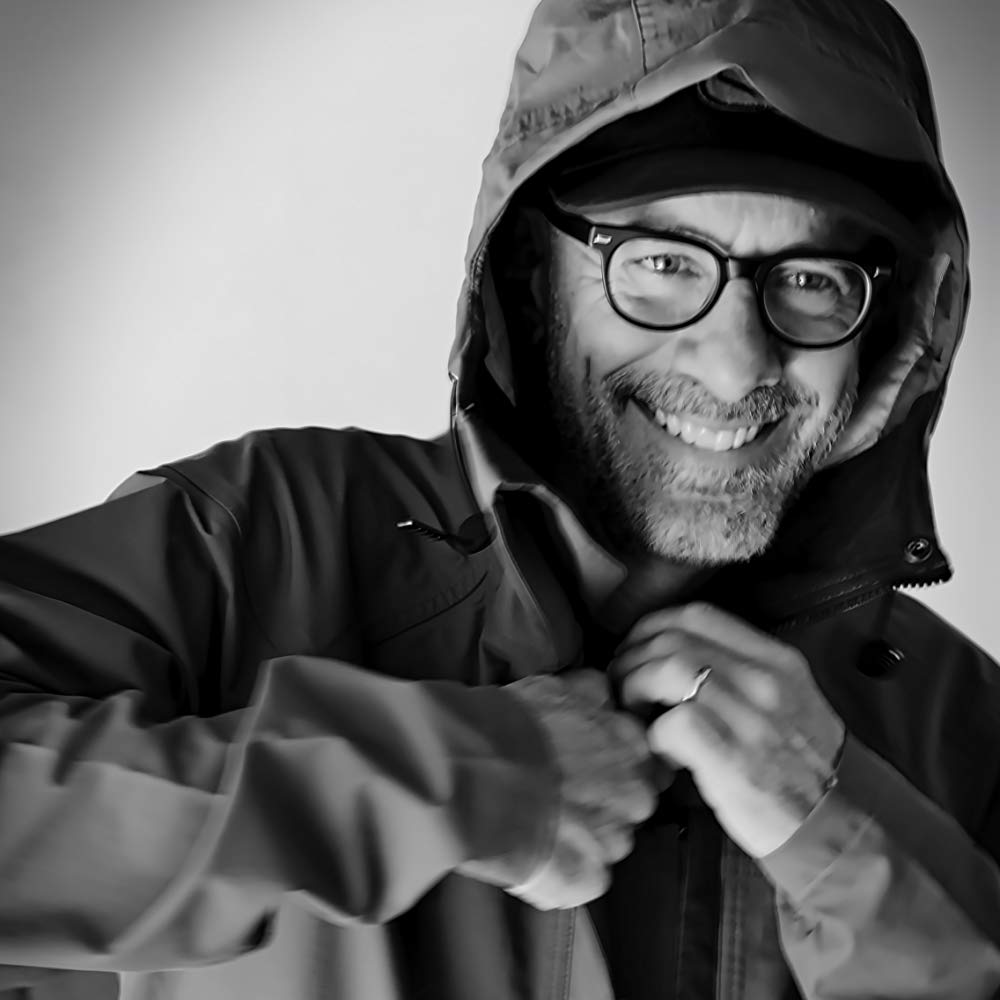 Los Angeles-based composer GREGORY REEVES has created original music for possibly every brand you’ve ever heard of: Google, Target, Coca-Cola, Nike, Toyota, MTV, American Airlines, Sony… just to name a few. But advertising campaigns aren’t the only place you may have heard a Reeves composition.

Through his own work and his commercial company Cordovan Music, Reeves’ compositions and sound designs have graced feature and short films, documentaries, television, interactive, and multimedia installations. His music has appeared in TV shows including Sons of Anarchy and Shameless. His film credits include composing original music for indie features like Emily Dell’s B-Girl, Brian Olliver’s Gorging, and Alex Grossman’s Hickey.

GREGORY REEVES: My dad was very much into classical music, and some jazz. I remember going to the symphony at a very young age. He’d play Dave Brubeck records at home. My parents set me up with piano lessons when I was really young but I just learned everything by ear so the lessons were quite short-lived. The first record I bought with my own money was Led Zeppelin II. That pretty much changed everything. My parents were incredibly supportive as my obsession with music grew, whether it meant my having really good gear at a young age, or taking my brother and I to many, many concerts. I don’t think a month went by where we didn’t see a show.

What brought you to the film scoring side of music?

GR: I’m largely self-taught, having grown up playing bass, keys, drums, and guitar in bands since I was about 13. I had one year of music school but I dropped out to go on tour. I just played every kind of music I could get involved in— rock, reggae, country, electronic music, punk, you-name-it. Once I got myself set up with home recording everything changed. Since I play a number of different instruments, the self-sufficiency was revelatory for me. My earliest self-produced experiments were influenced by film music like Bernard Herrmann’s Hitchcock scores, and Ennio Morricone’s western scores – I just gravitated towards that music.

GR: Two of my fave scores that really nail everything for their respective films are Alex North’s The Misfits, and Cliff Martinez’s Solaris. More recently, Ryuichi Sakamoto and Alva Noto’s Revenant score is just incredible.

What was the first job that helped you break into composing for film and TV?

GR: It would have to be the first commercials I started scoring, back in the early 2000s. I was working at BSSP, an ad agency in the Bay Area. They kindly let me take a crack at scoring some TV spots and it totally opened up a new direction for me, scoring to picture. It was a great period, many amazing folks I still work with came out of that shop.

For you, what makes for the best collaborative environment when working on a film or TV project?

GR: It’s different with everyone. I have directors and producers I work with where we don’t even have to talk much about the music, and others where we have lengthy conversations about it before even starting. Each relationship is unique. I do like to get started early on in the process, to have plenty of time to experiment.

GR: Well as I think anyone would say, you’re there to serve the film. I just absorb what the director is after, and then hopefully take it further than they expect, including some unexpected places. That just happens organically. I try not to be precious about “my voice” – that can inhibit experimentation. My fingerprints are going to be on it no matter what.

GR: With film, I’m often creating a hybrid of organic and electronic, endeavoring to really blur the distinction between the two. And I like to create what appears on the surface to be a simple statement, that’s actually built out of many layers or elements – different instruments, sound design, things that maybe technically shouldn’t be there, whether it’s noise, dissonance, weird artifacts, etc. You can subversively create emotional nuance and complexity that way. I like rawness, looseness. Maybe things shouldn’t be perfectly in tune, or in time? So, I guess you could say part of my style is that I’m fighting against my DAW [digital audio workstation].

You’ve worked on features, TV, interactive, commercials. Is there a genre or format you haven’t worked in yet that you’re most curious to try?

GR: I’d be curious to try my hand at game music. I’ve done sound design for some iOS games but that’s about it. I create generative, non-linear music at times, so game music certainly intrigues me. And while I’ve done music and sound for various art installations, I’d love to explore that a lot more.

How does scoring advertisements differ from scoring a film? Who are you engaging with on those commercial jobs, the spot’s director, the ad agency, or the clients themselves?

GR: Typically with ad work you’re working with an agency producer, and sometimes creative directors as well. I do work straight away with the director sometimes, though that is less common unfortunately.

GR: Logic is my DAW. Been using it since around v4. I also use Max/MSP when I want to experiment more and work non-linearly or to create generative stuff. I really like using Max to undermine my process – been using it for years but still consider myself a noob, so I get many accidents out of it. And even though (like most composers) I have a nice little setup in my home studio, I like to work away from there when I can, even just somewhere else in my house, or in my backyard, with my dog making noise and helicopters going overhead. You never know what you’ll get…

GR: Just the AFM and BMI currently. The AFM of course is indispensable if you’re doing sessions— I used to do more session work as a bassist. BMI is my PRO [perfromers rights organization].

GR: For a really low budget film, even if you think you can only afford stock music, try to set aside enough to still get a composer and/or music editor involved. For example, a composer could help tie it all together with some minimal additional music. A music editor will save you time and money at the dub stage.

To learn more about Gregory Reeves and his work, visit his website at gregoryreevescomposer.com.