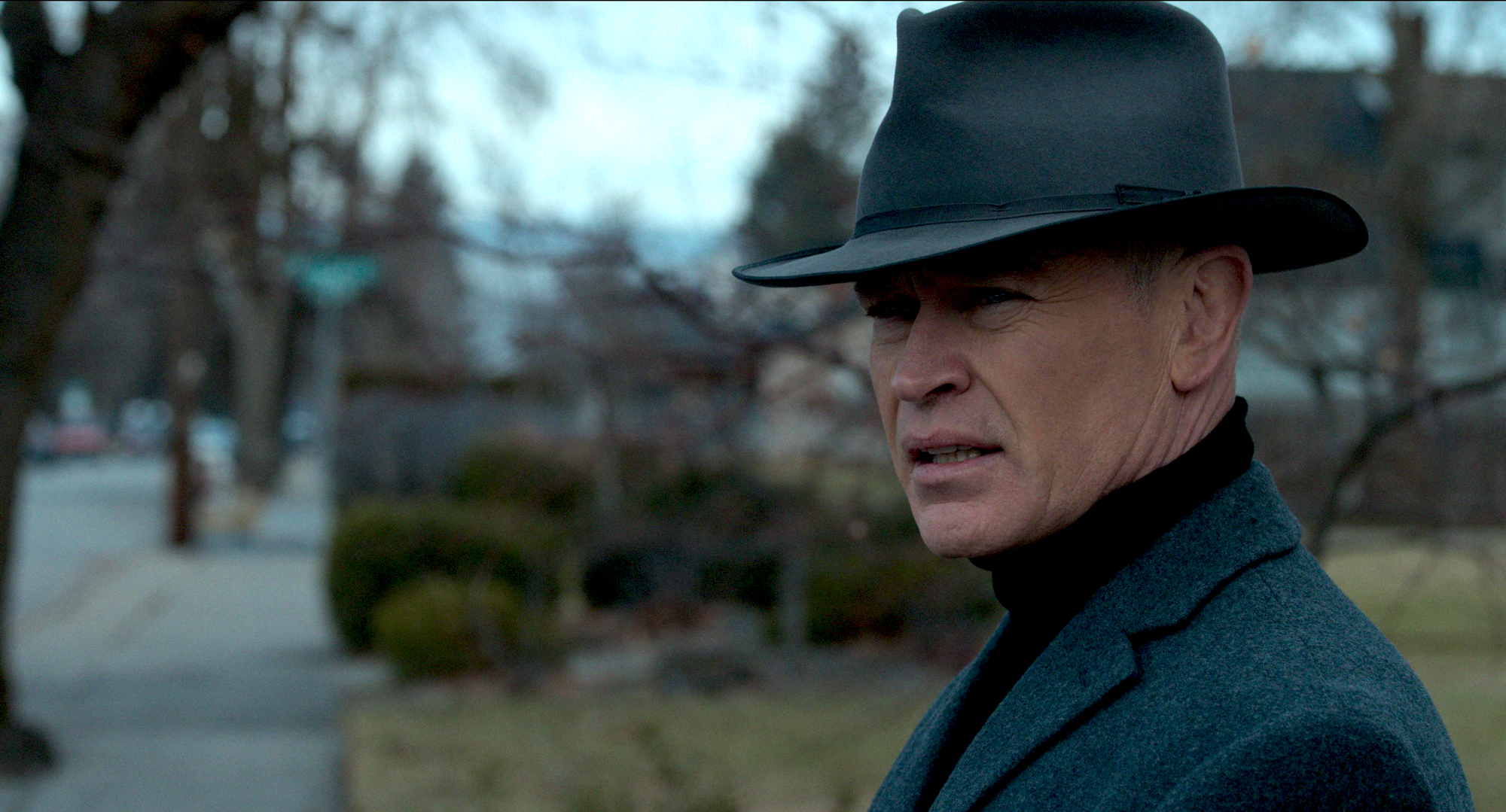 Actor NEAL McDONOUGH has appeared in everything from beloved TV series (with memorable turns on Suits, Justified, and Yellowstone); to mega-popular franchises (with forays into the Star Trek, Captain America, and Resident Evil universes); and prestige projects from Hollywood royalty (like Steven Speilberg’s Band of Brothers and Minority Report, and Clint Eastwood’s Flags of Our Fathers). Which is to say, you have no doubt seen Neal McDonough on your TV or movie screen, often as a character with nefarious intentions.

But for his newest project, McDonough has combined elements of a familiar role with a few new layers. Reprising his character from the 2021 indie action thriller Red Stone, McDonough returns as the star of BOON, and this time he not only produced but co-wrote the film as well. Writing the script with Red Stone and Boon director Derek Presley, McDonough’s new film finds his mercenary character Nick Boon attempting to leave his violent past behind him when he connects with a widow (Christiane Seidel) who has run afoul of a local crime boss (Tommy Flanagan). Boon will be released by Cinedigm in theaters and on demand and digital on April 1. [UPDATE: The film is now available to stream on Hoopla, Tubi, and Vudu.]

We spoke with actor/writer/producer Neal McDonough about taking on Nick Boon once again, crafting the type of character he’s always wanted to play, and the collaborators who helped him bring Boon to fruition.

COLIN McCORMACK: It’s rare for an independent film to get a sequel. When – either during or after the making of Red Stone – was there talk of doing another film?

NEAL McDONOUGH: I think it was about three-quarters of the way through filming Red Stone that I realized, This is a really cool character. We can probably tell more about his past and see how he does running away from it again. So Derek and I started talking about what we could do in part two. Then my wife Ruvé [McDonough] jumped on as a producer and found the financing and then we were off to the races. Jason Starne, who had produced part one with us, came back and produced part two. We hired a lot of the same crew and then we hired different actors that were friends of ours. To get Tommy Flanagan on board to play the villain was just awesome. Christiane Seidel was so terrific as the heroine. Christina Ochoa came in ready to knock it out of the ballpark and she did. And then the other characters – Jimmy Madio, Demetrius Grosse, John Patrick Jordan, and even Pat Monahan, who’s the lead singer of Train. We’d talked about being in a movie together for years. He opens the movie and no one probably even knows it’s Pat.

What Ruvé and I are doing, in particular, is kind of like what Orson Welles did with the Mercury Players – keep hiring the same people. It’s what Eastwood does. Keep making films at a good price that are entertaining. Eastwood had that recipe and did it so well earlier on where there are good guys and there are bad guys. The good guys can be a little gray grappling with faith. Me being a devout Catholic, you’re always grappling with faith. Am I doing the right thing? We all make mistakes, we’re all sinners, but how do we sin one less time tomorrow than we did today? That’s what [drives] my character Nick Boon. These are characters I’ve always wanted to play but never had the opportunity because I won’t do sex scenes, so I had to play the villain. Now I get to make movies with my wife that I’ve always wanted to make. Thanks to Cinedigm and the hard work Ruvé put in, and Derek Presley the director and Jason the other producer, we’re finding a really cool niche right now. I couldn’t be prouder or more blessed than at this time in my life.

We just finished producing another western with INSP, with Dermot Mulroney. We’re in a great spot and it all started with Red Stone. Greater got me thinking, Hm, I could do more movies like this. But it was really Red Stone that made me think, This is an action character that I can pluck out of this and build upon. Let’s go try it. And we did. It’s pretty darn awesome what we did for the amount of money we had and the time we had. I think it’s a stepping stone to even bigger and bigger films.

CM: In terms of playing the characters you want and having a say in the types of roles you’re taking on, you literally had a say in what this character was by co-writing the script. How did that collaboration process with Derek work?

NM: Seamlessly [laughs]. Derek is a beast. This new western that we’re writing is Cain and Abel in the West, called Faith, and I had this idea in my head for years. Finally, Cinedigm wanted to do another western with us and in five days of writing, we’re almost on page 60. So by Friday, we’ll have a full draft for Cinedigm to read over the weekend. I don’t know anyone who writes at that pace. We’ll sit on the phone for hours talking about character development, talking about this, talking about that, and then Derek really knows how to string it all together and make it sing. And while he’s writing it he’s also thinking cinematically about how he’s going to direct it. It’s funny, in Red Stone, originally they wanted me to play the bad guy. I talked to my agent and said, “Ya know, I’d rather play the good guy.” And they said, “I think they already have the good guy cast.” I said, “Well, let me call the director.” So I called Derek and I said, “I’d rather play the good guy.” And he said, “Sure!” [Laughs] Okay! And then I got to infuse some of my faith and ideas into this character.

NM: Derek and I are really delving into the world of this guy and where he can go. Part three we’re going to set in Chinatown and part four we’re setting in Martha’s Vineyard. [Boon] is always jumping around to new places, running away from the past, and I think that’s a great character for a TV series or several of these films. It’s a storyline that never ends. There are always bad things out there and he tries to run away from it, but he’s the only guy that really stands up to them and fearlessly tries to right what is wrong. And now we get to throw romance into it, which I’ve never really done before. I don’t have to kiss the girl or have a sex scene? Woo, I’m all for it! It’s great. We get to do faith-friendly films in these neo-western worlds and that’s what we did with Boon and I’m really proud of it.

NM: That’s a good question. You know, I never look at it that way. Being an athlete and playing sports at the levels that I got to play at, every day on set is kind of like the seventh game of the World Series. I’m still this little kid in the candy store. As my brother Bob once said, I’m the “excitable boy” – from an old Warren Zevon song. But I am that excitable boy. I’m like, “We are in front of a movie camera! And they’re paying us to make a movie! This is awesome!” I’m kind of goofy in that way that I get excited about everything. In golf, if I make a bad shot I get excited. Like, “Okay, I’m in the woods. How am I going to get out of here? This is cool!” With Boon, we were shooting in Spokane, [Washington], where it was cold up in those mountains. But I loved it because it was a challenge mentally. What would Nick Boon do? And what would Neal McDonough do? Those are the things I love about playing characters like this, that I even get to delve into [myself] more. I was excited about the whole darn thing, to be quite honest with you. There are no real challenges because, for me, I got to make a movie with my wife. It was awesome.

Thanks to Neal for talking with us about BOON!

This interview has been condensed and edited for clarity.