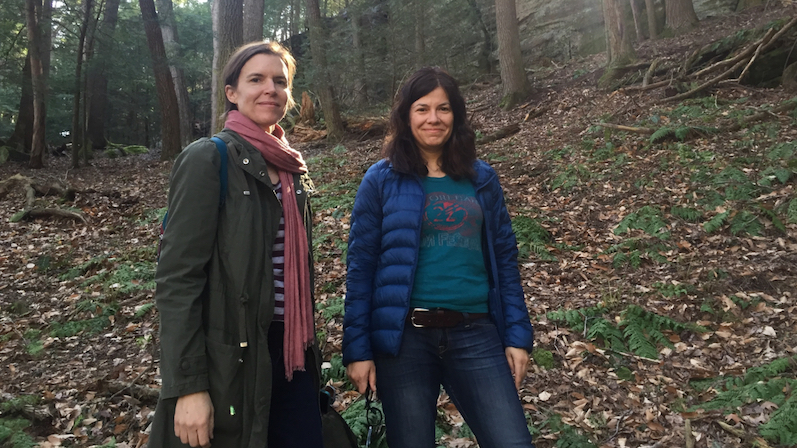 As a writing/directing team and as individual filmmakers, LISA ROBINSON and ANNIE J. HOWELL are no strangers to accolades. After their web series Sparks was syndicated by the Sundance Channel, their 2011 feature film adaptation Small, Beautifully Moving Parts received an Alfred P. Sloan Feature Film Prize and the RiverRun Film Festival’s Audience Award. Robinson has won the Martin E. Segal Prize, the Mitsubishi Digital Media Lab Award, and a New York Foundation for the Arts Fellowship; and Howell’s awards include a Screenwriters’ Colony fellowship, the IFP Grand Prize, and a San Francisco Film Society/Kenneth Rainin Foundation Grant. Their most recent feature film collaboration as screenwriters and co-directors, CLAIRE IN MOTION, was nominated for the SXSW Grand Jury Award in 2016.

Betsy Brandt stars in their new film as Claire, a college professor whose comfortable life is shaken when her husband Paul goes missing. As the search for him stalls, the unanswered questions – and the introduction of a grad student (Anna Margaret Hollyman) whom Paul had grown close to – takes its psychological toll on Claire and her young son (Zev Haworth). Breaking Glass Pictures will release Claire in Motion in theaters and On Demand January 13, 2017. [UPDATE: The film is now available to stream on Hoopla, Kanopy, Peacock, and The Roku Channel.]

In advance of the release, Lisa Robinson and Annie J. Howell were kind enough to answer some questions for us in an email Q&A.

COLIN McCORMACK: You two have an interesting partnership because unlike a lot of directing teams, you each make films on your own as well. Do your directing styles differ when you’re the sole director versus when you’re working as a team?

LISA ROBINSON & ANNIE J. HOWELL: That’s a good question. As co-directors we are constantly conferring and spend a lot of time prepping and finding our vision together before we get to the set, so we can be aligned once we get there. During that prep we challenge each other a lot in good ways — it’s a fruitful back and forth of ideas and images. On Claire in Motion we were shooting in the town Annie was living in at the time (Athens, Ohio) and Lisa came from New York, which actually informed the work, because we understood the location from different perspectives – insider and outsider. By the time we were on set, we were really on the same page. Usually we talked to an actor one at a time, so as not to overwhelm anybody, but we both knew exactly what was going on. After a few days, lead Betsy Brandt (Breaking Bad) got used to hearing from both of us and it all became more free form. Otherwise we probably bring a similar style (which for both of us is pretty low-key) when working solo.

When it comes to writing, how does your collaboration process work? For Claire in Motion were you in the same room writing together, or do you each take a stab separately and build off the other’s work?

Location scouts are key as we are both heavily inspired by actual places. Lisa visited Annie in Athens twice, to brainstorm ideas inspired by the college town and some of the unusual scenery and surrounding forests that were both mundane and truly otherworldly. We then worked to transform this vivid place into a compelling element in the story… and also into the psychological landscape of our character’s mind. Annie was constantly texting photos to Lisa of potential locations, and our online chatter was never-ending about the story as it tumbled forward into being. We started writing the outline, met up several times in the same room to hash it out, and then started to take on small chunks of about 5-7 pages each. Then we would swap those chunks. 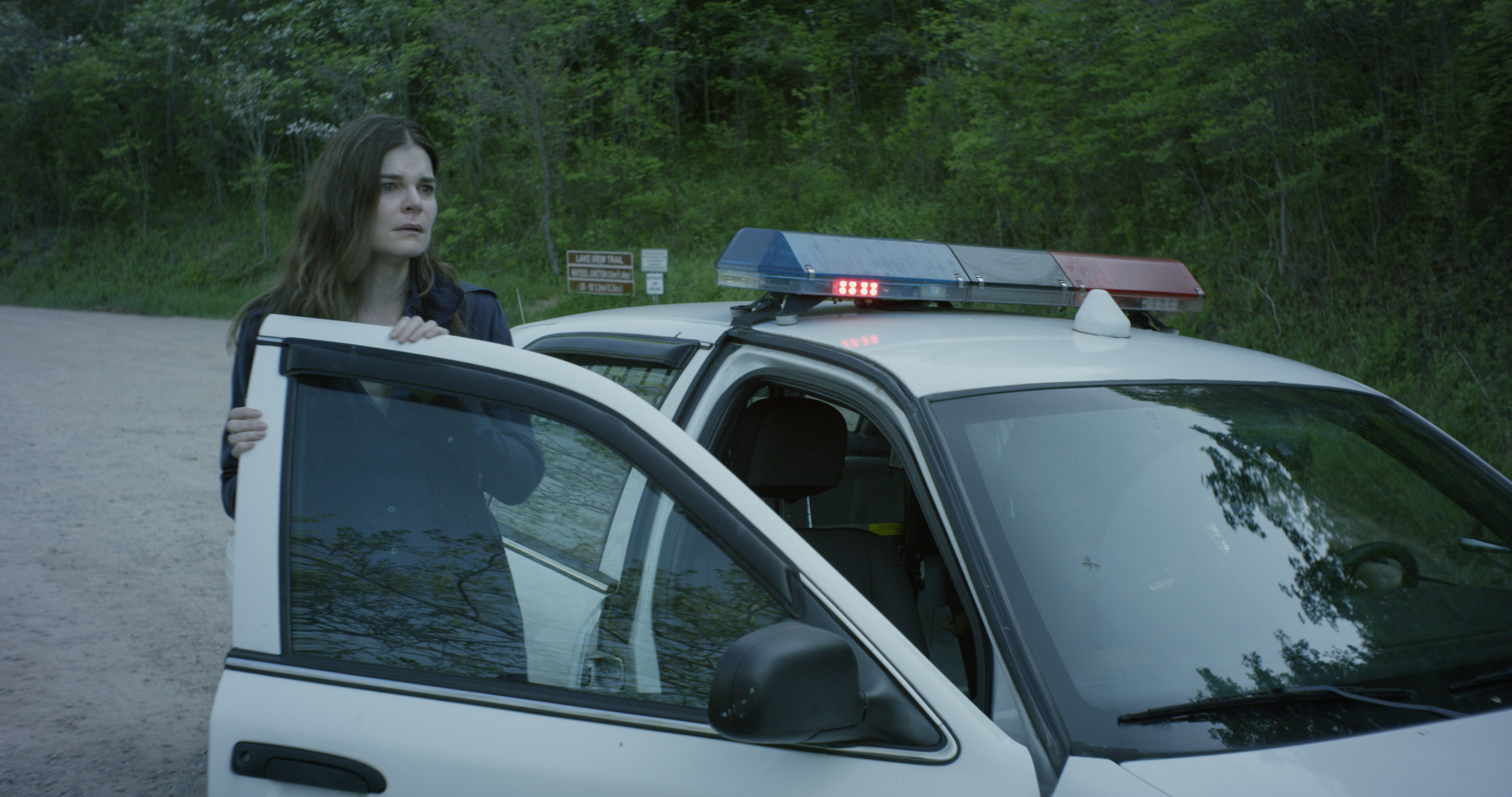 When you’re making your own individual projects, do you tap each other for notes or feedback?

Absolutely. And recently – not by design – Annie wrote an episode of the TV show that Lisa was working on and she directed that particular episode! So that was fun. We know how the other thinks, and it’s a great resource to have feedback from such a known and trusted person.

After your previous film Small, Beautifully Moving Parts and the web series it was based on, you had a proven track record. Did that make it easier to get Claire in Motion financed and and produced?

Easy is never a word we would apply to this process… haha… but it definitely helped. Being able to show Small, Beautifully Moving Parts was key in the process, particularly with casting — showing an actor and his or her team that we were legitimate. The same goes for financing, as well.

Annie, you lived in Athens, Ohio, where Claire in Motion was filmed. Was there a local filmmaking community to pull from during production, or were most of the cast and crew brought in from elsewhere?

There was an incredible local community. I lived in Athens from 2009-15, teaching in the MFA program at Ohio University (a gem), and local actors and filmmakers were our foundation for the film. We brought in department heads and most of the key cast from New York or Los Angeles.

How did you go about casting Betsy Brandt in the lead?

We worked with an excellent casting director Emer O’Callaghan who supported us in our desire to reach out to Betsy. We had seen her in of course Breaking Bad, but also in Masters of Sex, where we were blown away by both her strength and vulnerability. She loved the script and we were able to make it work around her other commitments. She was amazing to work with and she handled the grueling schedule with such grace, as she was in just about every frame.

Anna Margaret Hollyman starred in your previous film. Did you write the character of Allison with her in mind?

She was always in our mind, but you know, it’s hard to write a character for anyone but the character. In the end, though, the role cried out for her. We were excited to cast her as the antagonist, a type of role she’s not usually tapped for. We hope she can be in every film we make!

What was it like directing newcomer Zev Haworth? How did you find him for the role?

Annie had always had an eye on him as he was a local kid in Athens who was part of her family’s social network. It’s easy to see that he’s not only amazingly creative but also precociously wise. He was the inspiration for the fact that Connor knits, because Annie would see him knitting. Even though we wrote the part with him in mind, we auditioned him extensively and in the end he just claimed the role. When people ask us how it was to direct a kid, we have to admit that for the most part we directed Zev like an adult because he could think in those terms. Zev and Betsy also really bonded on set which brought so much to this intimate relationship.

The film has some mystery elements to it, but focuses much more on the character growth and mental state of Claire. In light of the popularity of Gone Girl and The Girl on the Train, was there ever pressure from potential financiers or buyers to amp up the mystery/thriller element?

We occasionally heard that note, but we were committed from the beginning to make sure the story was about her and the strange uncertainty she was facing.

You’ve worked in feature narratives, documentaries, TV, and web series. Is there one medium you prefer over others, or is it important for you to keep your options open?

They all have their benefits and downsides. We think there’s something energizing about switching mediums and mixing it up.

How do you balance and prioritize which projects to pursue, either in partnership or separately?

The projects sort of dictate their own progress so it really depends on which stories have a strong hold on either or both of us at the moment.

With that in mind, what’s next for you both?

Together we are working on a project that again tackles genre in a slightly unconventional way but we aren’t ready to say more! Aside from that, Annie is also writing independently and Lisa is doing some TV directing. 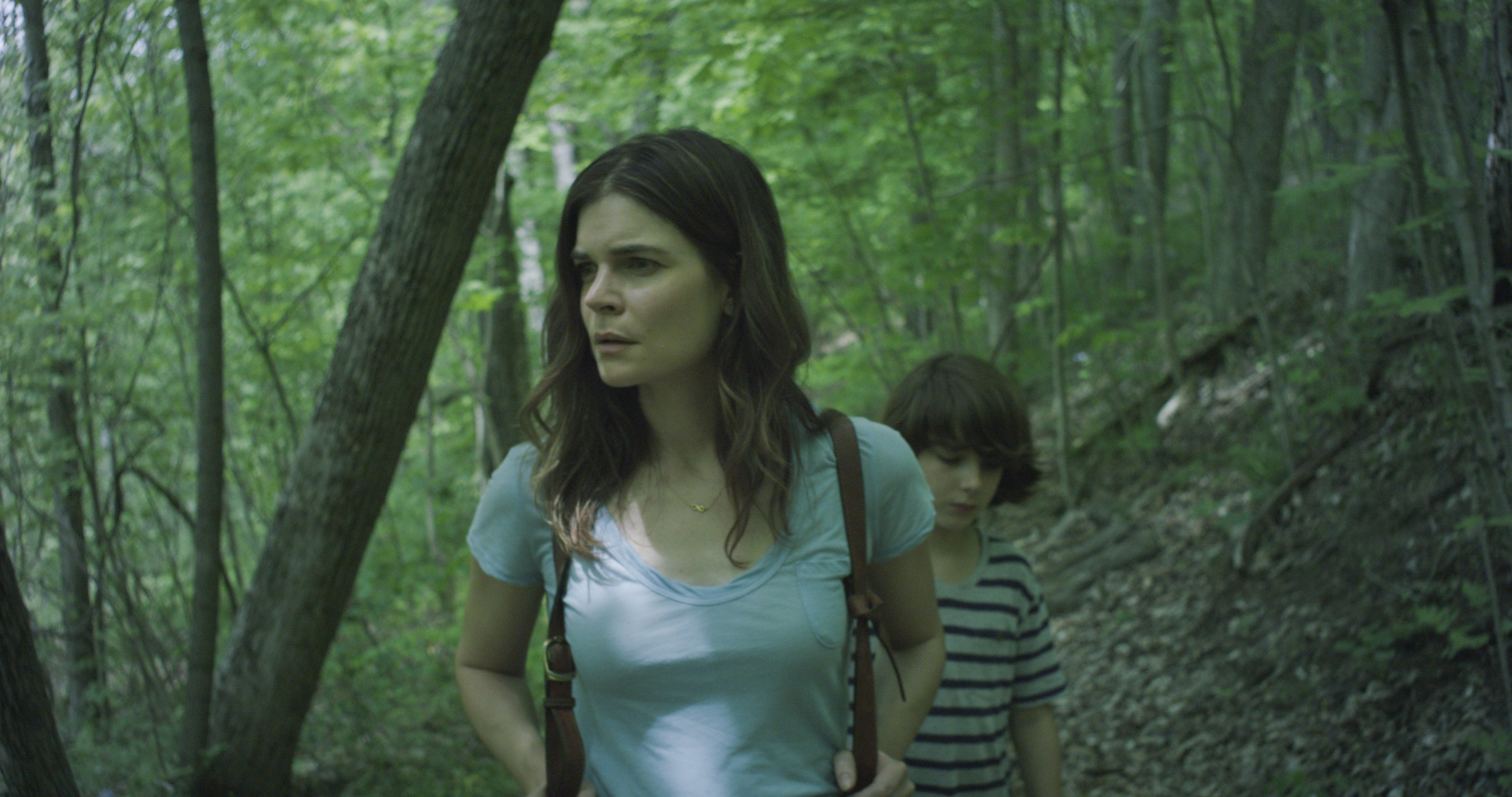