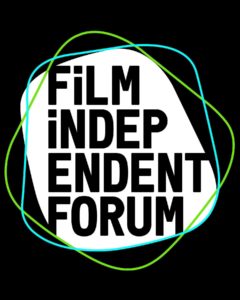 SAGindie returned as a Premier Sponsor of the much-anticipated FILM INDEPENDENT FORUM, which took place October 24 – 27, 2022. This year’s forum was a hybrid of in-person and virtual educational events, featuring screenings, networking, Q&A panels, and case studies, all kicking off with an opening night Keynote from Everything Everywhere All at Once auteurs Daniel Kwan and Daniel Scheinert and an opening night screening of Elegance Bratton’s The Inspection. Plus, SAGindie’s Executive Director Darrien Michele Gipson moderated the Producers at the Table event on Day 4, featuring a conversation with producers Mollye Asher (Nomadland), Miranda Bailey (God’s Country), Scott Franklin (The Good Nurse), and Jhane Myers (Prey).

Film Independent graciously posted daily recaps and video highlights from the event, so you can take your own mini crash course in learning the filmmaking ropes and gain some of the insights shared with the FiForum audience.

Day 1 Recap: The Inspection, Collaborating with the Universe, and More

Day 3 Recap: Forging Your Path, Unparalleled Authenticity in Pachinko and Diversity in Storytelling

Day 4 Recap: The Shifting Sands of the Film Industry and the Power of a Good Story

THANKS TO OUR FRIENDS FROM FILM INDEPENDENT FOR ANOTHER GREAT YEAR AT THE FORUM!