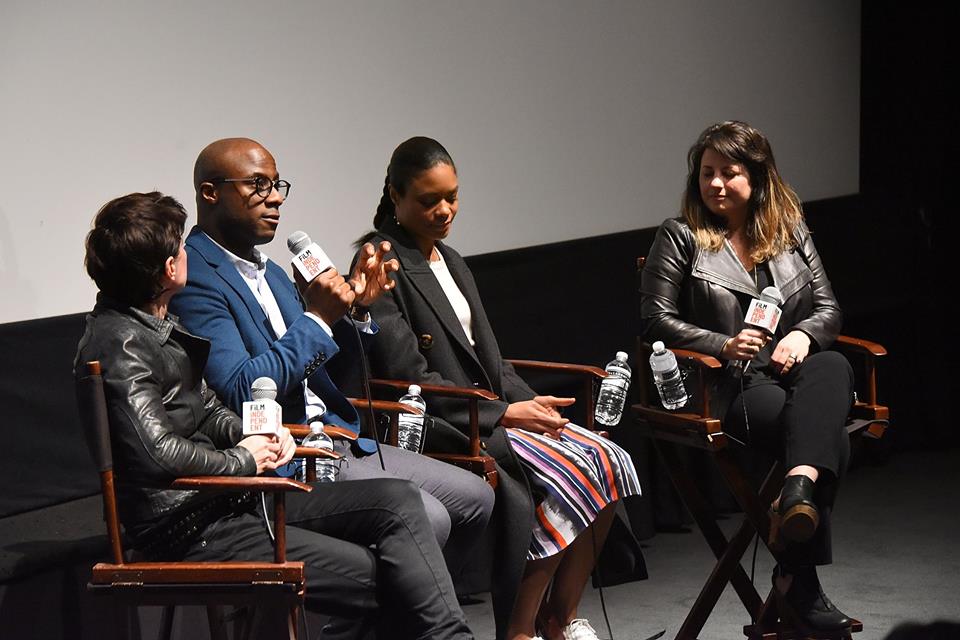 SAGindie once again a sponsored the incredible 2017 FILM INDEPENDENT DIRECTORS CLOSE-UP series in Los Angeles, which ran from February 1 to March 1. Attendees of the series got a chance to hear behind-the-scenes stories from some of the most talked-about independent filmmakers of the last year. It was another great year – see below for the schedule, photos, and highlights!

“For me it was the Lynne Ramsay school of filmmaking. A mix of trained and untrained actors.” –Jenkins

“I have a legal background, so I love doing research. I did a ton of [casting] research online. We were three weeks from production [without a final cast list] – thank god for Google!” –Ramirez

“Not a single person in this movie met before they did their first scenes.” –Jenkins

“We tried to build our limitations into the method and making of the film.” –Jenkins

“If you’re going to stylize reality, you need to understand reality.” –Knight

“A lot of things can go wrong. Animators can bump into things, step into frame, block the light. We do a lot of cosmetic work on the puppets. There aren’t a lot of do-overs.” –Emerson

“[Arrival] owes almost everything to Joe Walker. We never changed the nature of the story, but at the end of the day the script is just a blueprint.” –Villeneuve

“When you have CGI artists in Vancouver and London, the communication [about] how to be precise and give the right mood… was a challenge.” –Villeneuve

“Your first cut is never as good as your dailies—and never as bad as your first assembly.” –Walker

“Untrained actors never do the same thing twice, which keeps the professionals on their toes.” –Arnold

“I do very little with actors. I don’t like rehearsal. I like to work with the circumstances. The chaos… Shia LaBeouf claims the only thing I gave him to work off is a picture of a forest.” –Arnold

“I’m the opposite of Andrea Arnold. Rehearsal was crucial. We wanted it to feel like a family.” –Eggers

“I made Neruda and Jackie back-to-back and I didn’t sleep for a year.” –Larraín

“Having a creative partner that you feel that comfortable with who can share your voice is amazing.” –Adlon

“[Success boils down to] one, a unique idea and two, why you’re the one to tell this story. What makes you so special?” –Rae

“When you physically are having a reaction and it makes you uncomfortable, it’s going to be good. Write that.” –Adlon

“Consistency goes a long way. You knew I would post an episode every Monday at 10am.” –Rae

“The scariest thing is to try your best and fail, but it’s also the only way to get better.” –Bloom