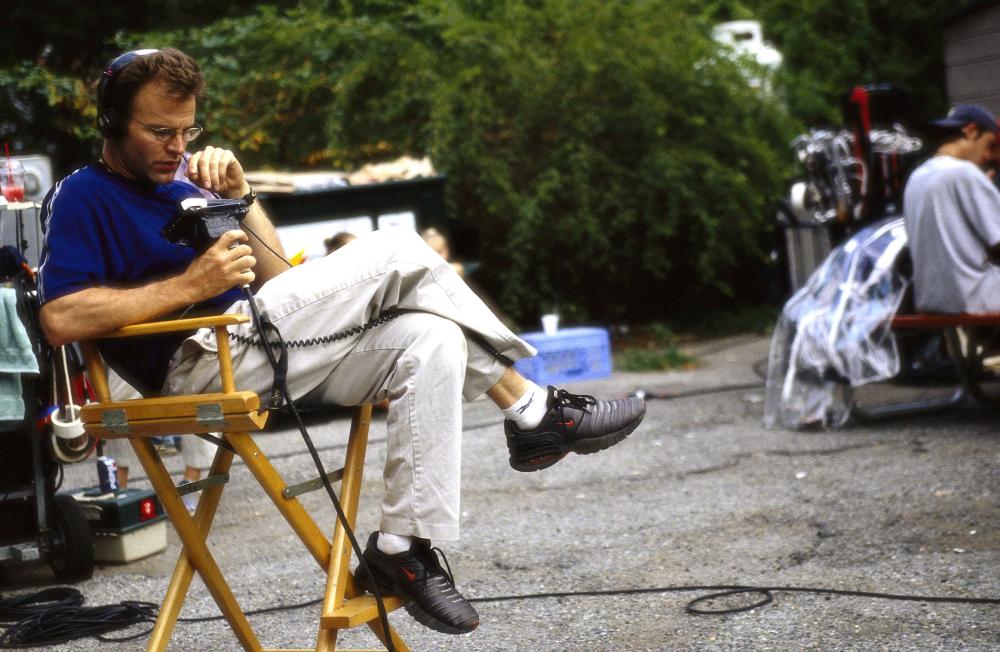 SAGInterview
An interview with Tom McCarthy, writer/director of The Station Agent

Every year, a handful of filmmakers set out hoping for a theatrical art house success. For most the prospects are fairly dismal, but not so for actor­-turned-­director TOM McCARTHY (Meet The Parents, The Guru, and Boston Public). His first feature, THE STATION AGENT, is the story of a loner dwarf (Peter Dinklage) who suddenly inherits a ramshackle train depot in rural New Jersey. Looking to be left alone, he takes up residence in the depot, and soon finds friendships are forced upon him­ with a bereaved painter (Patricia Clarkson), an extroverted man-­child (Bobby Cannavale) and a love­ starved librarian (Michelle Williams).

The film has garnered not only critical acclaim but enviable box office numbers as well. A small initial release has become quite a word of mouth success story. We had a chance to talk with Tom about his film and how it was to step behind the camera and create the unique vision he calls The Station Agent.

SAGINDIE: What was your inspiration for The Station Agent?

TOM McCARTHY: The Depot we used in the film was my initial inspiration. It’s an amazing and beautiful location, the perfect centerpiece for a story. It was not far from where I grew up, and I was out there visiting my brother who had just bought a house. I met the gentleman who owned it and he was a rail fan. It was completely new to me. He took me to one of the rail meetings and I was just hooked into that world.

What made you choose a dwarf for your lead?

TM: I wanted to explore how people disconnect, how they perceive themselves and what’s wrong in their lives. I originally didn’t envision Fin as a dwarf. I always spend a lot of time outlining characters. I was really having some problems deciding why Fin was disconnected and why he chose to live in this depot. I ran into a friend, Peter Dinklage, on the street and I said, “This is the guy.” I just felt like he would have and emotional connection to the material and the audience would have a visual cue for someone who was on the outside. We wouldn’t have to spend much time with exposition. It felt like something I hadn’t seen before and ultimately Pete was not only a capable actor, but a fascinating personality.

How did you know Peter?

TM: I had directed him in a play in New York that I had co­-written. 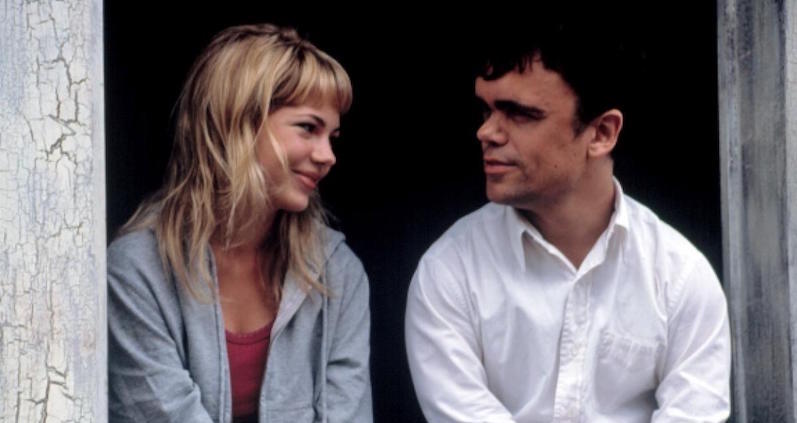 Was this your first time directing a feature film?

Are there any things you would have done differently?

TM: It’s always hard to watch the film because all I can see are the mistakes, my inexperience. But for the most part I’m thrilled with the way the film turned out. I’m happy not only with my work but with everybody’s work. It’s something I’m very proud of on many levels.

So both of your lead actors are up for a SAG Award, how does that feel?

TM: Being acknowledged by our peers, as an actor is a wonderful thing. The voting members of SAG are true to themselves, they vote on what they like. It’s not about the politics like so many other organizations.

Was it difficult making the transition behind the camera?

TM: Directing a film is an overwhelming task. There were areas I felt very comfortable with and other areas I had to learn on the job. It was one of the most difficult things I’ve ever done and ultimately one of the most rewarding.

What made it so difficult?

TM: Coming from a theatrical background I always felt comfortable working with the actors. But when it came to the technical aspects, I was always being schooled by my Cinematographer and crew. You have to have a humble sense of humor when it comes to that world. “I don’t know anything and we’ll learn as we go.” We didn’t have much time or money. We shot the film in 20 days for a half a million dollars. We were shooting eight pages a day. One take and a safety if we had time was all we ever had.

Where did the half million come from?

TM: I had finished the script and had my actors attached, but none of them, even Patricia Clarkson, who has an amazing reputation, had the ability to greenlight a movie. We spent about a year and a half searching out money and eventually after pretty much everyone we met with had passed we met a new company, SenArt Films. SenArt was a small company, Robert May and Kathryn Tucker, and they were ready to go. They had the money and they loved the script.

TM: I think you’d be hard pressed to find many roles like this played by a dwarf. I think a lot of people were hesitant in marketing it that way. It became apparent that people were ready for something new. And ready to embrace change. I mean hey, he was in People Magazine‘s “Sexiest Man Alive” issue, he was featured in GQ, and it’s because of who he is. Once it’s done and people see it and like it, then they get behind it.

Fin wasn’t the only unique character in the film. Bobby Cannavale is a standout in the film as well.

TM: Bobby and I have a great relationship. We acted together years ago in a Lanford Wilson play and have been tight ever since. When I wrote the script I had two characters whose main objective was to be left alone, so I needed a third that would really galvanize them, and Bobby’s voice came into my head.

And when did Miramax become involved?

TM: Miramax picked us up at Sundance. They’ve been great. I think this is the type of film that they made their name on.

TM: Back to writing, back to acting. Acting is always something I’ve loved to do.

Being a SAG actor yourself, would you always go union?

TM: Unless you get the performance, nothing else matters. How it looks, how it’s edited, how it’s scored, nothing else matters. You need actors who can work under those difficult conditions, who can work very quickly and confidently. I was working with pros the entire shoot. It allowed me to focus on other areas of directing. In a film this subtle, you can’t afford to have a character that’s not true. It was an amazing ensemble; there isn’t one of those actors who’s not a part of that world. If you don’t believe in a character it takes you out of the movie. So it just goes to show, there is room for something different out there.

Sometimes a movie is just about performances. The Station Agent is in theaters now.

[UPDATE: The Station Agent is streaming on Hoopla.]
__