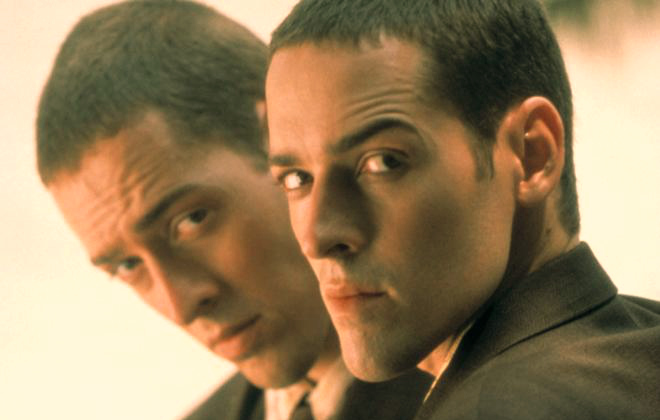 The Americans With Disabilities Act of 1990 ensures that public facilities be accessible to all. However, there is no law that compels filmmakers to provide audiences similar equality. Film is Art, after all. And, consequently, it may be accessed, interpreted and appreciated discriminatingly. It’s not a matter of bias. It’s a matter of taste.

Recently, The Polish Brothers completed their “American Trilogy,” chronologically comprised of Twin Falls Idaho, Jackpot, and NORTHFORK. The last, their latest, features astonishing imagery and unorthodox story­telling that may confound folks weaned on brainless blockbusters, yet will delight movie­goers desperate for the provocative cinema of the ’70s as projected through an almost-­European prism.

In this interview with Warren Etheredge of The Warren Report, The Polish Brothers celebrate actors’ IQs and question the audience’s ability to embrace Art. The twins, Mark (actor/co-­writer) and Michael (director/co­-writer), may be identical but their responses, certainly, are not.

WARREN ETHEREDGE: Some directorial duos are said to be joined at the hip. You two, literally, were… playing conjoined siblings in your feature bow, Twin Falls Idaho. How did the experience impact your brotherly bond? And, how has it altered your approach with other actors?

MARK POLISH: On the production of Twin Falls Idaho we began to define our roles as filmmakers. We learned our strengths and weaknesses from that experience: Who was best at what job. I think we naturally gravitated towards what we respectively enjoyed about filmmaking. Personally, we have always been close and making Twin Falls made us as close professionally. We couldn’t get physically closer than Blake and Francis.

MICHAEL POLISH: When you’re tied to an actor by way of a corset, you understand the role of a director in a unique way. My approach to actors hasn’t changed, I take a slow route, do not make eye contact too quickly. It’s all about respect.

WARREN: Directors have been known to demean actors’ intelligence. But a smart thesp would seem imperative for a Polish Brothers’ film. Do you quiz auditioners on their script comprehension before making casting decisions?

MICHAEL: I have never auditioned actors for any of our roles.

MARK: Rather than have auditions, we basically have normal discussions which allows actors to discuss whatever topic they feel comfortable talking about.

WARREN: How many understood Northfork just by reading the screenplay?

MARK: Each actor had their individual interpretation of the material. What they understood was that this was going to be a unique experience which, I believe, made them want to be involved.

MARK: They all were attracted to the material. It is that simple. Actors want to do original work, something that is different from what they have done in the past.

MICHAEL: All the actors on Northfork worked for SAG scale. They didn’t want to earn top­-dollar salaries for something they didn’t understand. The lure was shooting a movie in Montana in the dead of Winter. The freezing conditions, the Holiday Inn, and free range bacon, it’s undeniable.

WARREN: And now, a word FOR our “sponsor.” In relation to sliced bread, how great is working with The Screen Actors Guild? What contract did you use for Northfork and how did SAG simplify your production process? 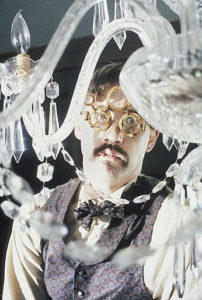 MICHAEL: SAG has allowed us to work with union actors through their very well crafted Low Budget Agreement. SAG was one of the first unions to recognize independent filmmaking and its budget limitations.

MARK: They have been very helpful on all three pictures. We haven’t had a single problem that I can recall.

WARREN: James Woods is rumored to be… well­-endowed, both intellectually and, um, otherwise. From your perspective, did the actor measure up… cerebrally?

MARK: Yes. With James you are dealing with a highly intelligent person. He understands every aspect of filmmaking and with that he elevates your vision.

MICHAEL: James Woods is the “legend” in more ways than one. He is a high caliber actor, sort of the Glock amongst guns.

WARREN: It ain’t superficial… it’s gorgeous cinematography! How has your collaboration with M. David Mullen enhanced and/or re­shaped your story­telling?

MICHAEL: My relationship with David goes back to college, we both went to Cal Arts. There has always been an understanding that the photography in our films should be responsible for telling story. We rely heavily on the visual to move the narrative and that takes a certain understanding of the screenplay.

WARREN: It’s been written that Northfork was the first film of your “American” trilogy to be scripted and yet the last to be shot. Should serious cineastes review your films out of sequence, perhaps beginning with the latest?

MARK: Northfork is the closest to us. A first love. I think it says more about us as storytellers. I think the films should be looked at as a group in no particular order. I feel with the three films completed we have finished our first film. On the exterior the films do not look anything alike, but on the interior they are dealing with the same themes.

MICHAEL: If you’re heading North, Jackpot (Nevada) would be first, then Twin Falls Idaho and ending with Northfork (Montana).

WARREN: Never underestimate your audience. Surely, you don’t. But do you ever worry viewers can’t keep up with your eclectic flicks? Besides the fiscal implications, do you ever fret about your films’ public perception and critical reception?

MICHAEL: Public perception is usually based on box office reports. Did your movie make money or not? Our movies don’t make a lot of money on theatrical release so the perception may be less favorable. Critically our films are appreciated.

MARK: From Northfork I have learned never to over­ estimate your audience, either. Critical reception helps or hurts the marketing and that’s how you have to look at it. You look at some great films that were critically killed when they were released and they died instantly at the box office, only later to be called masterpieces.

WARREN: Don’t sweat the small stuff… but do celebrate Little Victories! What can you tell us about this pending production and your roles in/on it?

MICHAEL: We are strictly producers on Little Victories. Leo Trombetta is an Editor we work with on our movies, he wrote the script and plans on directing it this Spring.

WARREN: If the third time’s a charm, what next? Northfork concluded your trilogy, so what can audiences expect for your fourth feature? Are you feelin’ lucky?

MARK: I always feel lucky and privileged to be making films. We are currently working with Warner Brothers on a film called I.D. The audience can expect the unexpected.