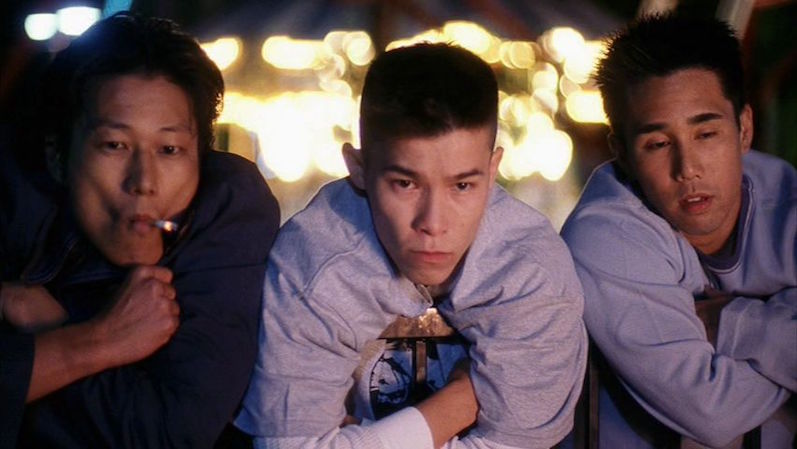 For every independent filmmaker there are inevitable risks. For the makers of BETTER LUCK TOMORROW, the risks were bigger than most. Could the story of Asian-­American overachieving high school students entering the world of crime have mainstream appeal? MTV Films thought so when they picked the film up after its 2002 Sundance screening. And after a full theatrical release, “BLT” proved to be a groundbreaking effort.

SAGINDIE: What is Better Luck Tomorrow about?

JULIE ASATO: It’s a coming of age story, centered around four Asian­-American high school students who have to deal with very real issues.

How did you become involved with this project?

JA: I met director Justin Lin while working at the Japanese National Museum. We did several documentaries through them.

Was this his feature directorial debut?

JA: Justin co­-directed Shopping for Fangs, an Asian-American vampire movie with Quentin Lee, who he met through the UCLA Film School. But this was his solo debut.

Where did your cast come from?

JA: We put a casting notice in Backstage West and then we took a lot of personal references. Word got out to the Asian-American acting community (which is rather small) and pretty soon we’d seen almost everyone in Los Angeles. The cast we ended up with all had quite a bit of experience, but mainly in supporting roles. They were happy to have juicy, realistic roles instead of playing one-dimensional characters like gangsters and delivery boys.

Did you find having an ethnically diverse cast helpful?

JA: Yes and no. When we initially took the project out for funding, potential investors loved the script but they asked if the cast had to be Asian-­American. Black, White, Hispanic, anything but Asian. We felt that was the only way this film would work and I think we lost quite a bit of funding that way. And then when the film was completed we had trouble getting people to watch it because we had no “big name” actors in it. Distributors were also put off by an all-­Asian-American cast on the poster, the audience thought that it was a Kung Fu movie or were afraid they would have to read subtitles. But, once we got picked up for distribution the marketing department at Paramount stood behind the film and the Asian community came out to support the film.

Was the subject matter difficult to sell? 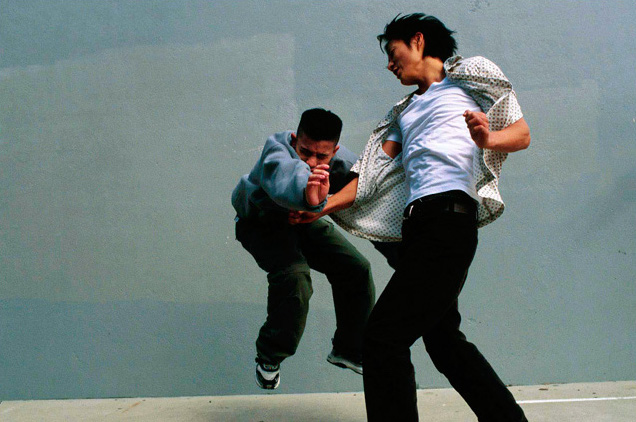 Why did you choose to go SAG with this film?

JA: We were looking for the best actors for the roles. We considered both union and non­-union actors but in the end we picked five SAG actors for our six lead roles. They were the best we saw. They were so great we really had no choice but to go union.

Which SAG contract did you use?

JA: We started with a Limited Exhibition and after the film was bought we got bumped up to Modified Low Budget. We looked at several options and our rep, Lon Huber, explained all the ins and outs of the contract. He set us up with the Limited Exhibition, which was a little more expensive and we had to pull money from other areas to work it out but I feel it was worth it. Lon was great. He took the time to really explain things to us.

How did you secure your shooting locations?

JA: We didn’t have a lot of money so we went to friends and family for help. You have to be persistent and creative. Many scenes were shot at writer/producer Ernesto Foranda‘s parents’ house.

What format did you shoot on?

JA: 35mm. Kodak gave us a lot of free film. They were one of the companies who helped us early on. The Director and Cinematographer went directly to Kodak and explained what we were trying to do and they seemed to really get it. In the end they worked out a wonderful deal where we bought so much film and they gave us so much free.

How did the film get picked up?

JA: We were lucky enough to get our film into the Sundance Film Competition. And at our screening Michael Cole (Vice President of MTV Films) was there. He liked the film enough to champion it through both MTV Films and Paramount Pictures. It was their first acquisition and their first Asian­-American film ever.

JA: We’ve just optioned a romantic comedy, Fix Her Upper, which we hope to secure funding for the spring of 2004.

Will that have an Asian-American cast as well?

JA: Right now it isn’t, but we are hoping to move the story to Hawaii and change the main characters to Asian-­Americans. But we’re not just into Asian-American stories, we’re into stories with interesting characters. I don’t see why Asian-American faces can’t be seen in every kind of role. 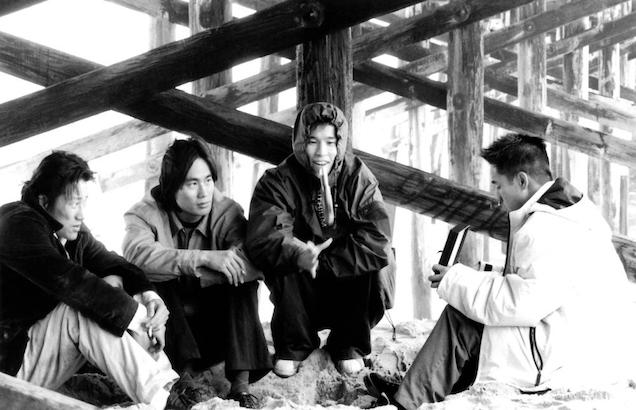