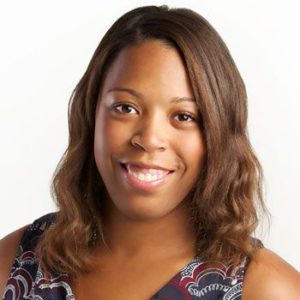 DARA TAYLOR is a composer for film and television based in Los Angeles. Taylor graduated from Cornell University, where she studied classical voice under Judith Kellock and studied composition independently with Zachary Wadsworth and Pulitzer Prize-winner Steven Stucky. After receiving her degree in Music and Psychology, Dara went on to study Film Music Composition at New York University and received a Masters of Music in 2011.

Her credits include composing the score for the film Undetectable (for which she was nominated for a Hollywood Music in Media Award) and has contributed additional music and score for films such as A Bad Moms Christmas and Sausage Party, and series including Supernatural and Agent Carter. In 2016, Taylor was asked to take part in Women in Film’s Women Composers in Media concert, and in 2018 she was selected as a fellow for the Sundance Institute Composers Lab.

DARA TAYLOR: My mom was a church choir director and my dad constantly played Fela and The Last Poets through the house, so I always grew up singing. I was also in school chorus, bands, and musicals where I fell in love with Handel’s Messiah and Stephen Sondheim’s Into the Woods.

DT: I initially studied classical voice in college but became increasingly drawn to composition in school. One day in sophomore year I was sitting in my room listening to Harry Gregson-Williams’ score to The Chronicles of Narnia and I had a sudden a-ha moment.

DT: As cliche as it sounds, to me the best film music is music that draws you into the film. I recently attended the “Future is Female” film music concert in LA and I remember watching Ronit Kirchman’s piece for The Sinner and thinking, “Wow… I have to watch this show.” That and having some interesting textures and a poignant theme are always big checkboxes for me.

You’ve worked in various capacities, from composing score to producing score. What is the difference between composing and producing the score of a film?

DT: Score Producing is sort of a catch-all phrase. To sum it up, I make sure the music gets to the dub stage by all means necessary. It’s my job to make sure playbacks go smoothly, recording goes smoothly by managing the session from the booth, mixing goes smoothly, and the dub goes smoothly… well, as smoothly as circumstances allow. It’s also my job to know the score inside and out so that if a cue is out of sync or a stem is missing, I can catch it as early as possible.

Composing is as it sounds, but I also produce all of the scores I compose.

DT: I love to work with people I get along with and I’ve been fortunate enough to do that often. In all aspects of making a film, creating something out of nothing is hard enough without also trying to stifle your personality. So there, that. It also makes a huge difference when you can find a personal connection, no matter how big or small, to the film, a character, a theme, what have you.

I also like to be brought on as early as possible, though I’m happy to be involved at any stage. Being brought in during the script stage, though, brings a certain magic to it though. It’s sort of like reading a book, then seeing the movie. You imagine the characters in your head, and it’s wonderful to see it all materialize in front of you.

DT: Simply put, the film always wins. It’s great to have an open flow of ideas between you and the director, but ultimately they’ve lived with this much longer and more deeply than I have so their vision is typically the most informed. That said, I’m a believer in finding your voice’s version of whatever that vision might be. If you’re a vocalist and they want electronica, if it fits within the film’s scope, try to add/process/etc. your vocals within the texture. Mandolin player for a sweeping orchestral sound? Verb it out, reverse it, bow it. Get your voice in there.

DT: Oh boy… I feel we’re constantly evolving and my career is too young to be clearly defined, but like I mentioned in the previous answer, I love to find a strange texture or two to incorporate into my music if it allows for it, whether it’s processing mouth sounds, singing through a guitar amp, what have you. I like to write quirky music you can tap your foot to, I like to write soft and moody music you can close your eyes and hum.

DT: I’ve never scored a game. I love narrative TV and film but think it’d be a really fun challenge to write hours of evocative and evolving game music.

DT: I’m an associate member of the Television Academy, and a member of the Society of Composers and Lyricists, Film Independent, Stage 32, the Alliance of Women Film Composers, the Composers Diversity Collective, Women in Media, and BMI. They all have their benefits from networking, to support, to artist development. There’s a lot of people out there and it’s important to find the ones you gel with and depend on each other to get to the next step. I recommend joining any and everything you can afford and go to every film festival you can attend. I’d never preach FOMO because that’s exhausting and counter-productive but I am an advocate of creating as many connections and opportunities for yourself as you can fabricate.

What are some of the experiences you’ve had or lessons you’ve learned from your time as a Sundance Institute fellow?

DT: My time at the Sundance Institute’s Film Music and Sound Design Lab has been one of the most incredible experiences of my professional life. It taught me to open up and be willing to try, willing to fail, willing to succeed, willing to share, and willing to confidently discuss the reasons why. In addition to the invaluable time with the numerous advisors, it also made me love the collaborative process even more by pairing me with an incredible filmmaker (Tom Quinn) and sound design artist (Richard Gould) and encouraging us to do all the things above. When you trust your collaborators, you’re always on the same team.

DT: You don’t need to know anything about music to have a productive conversation with composers. In fact, it’s often better if you don’t have too sophisticated of a musical vocabulary because sometimes the specificity can either lead people in the wrong direction or limit their music problem-solving abilities.

DT: Well… speaking of Sundance and Tom Quinn, I’m very excited to be completing the beautiful and compelling film we worked on together during the lab, Colewell. After that, I’ll be working on a delightful and earnest documentary with Lisa Singer Haese, My Dad, Stephanie.

To learn more about Dara Taylor and her work, visit her website at darataylor.com.