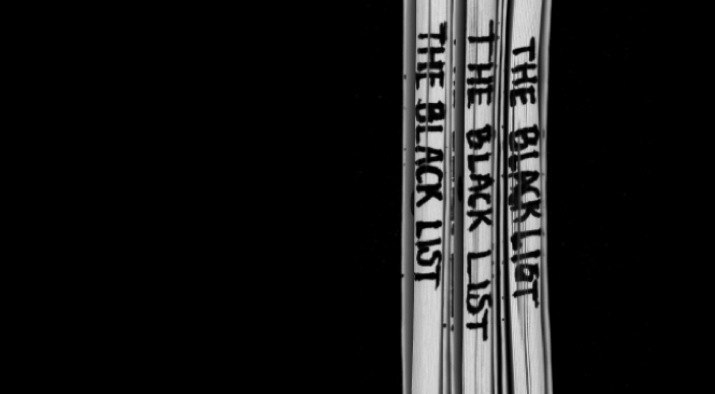 FRANKLIN LEONARD spent the majority of his early years as a development executive reading some pretty awful screenplays. Such awful screenplays, in fact, that in 2005 he put out an S.O.S. to a number of his peers asking them to send along any scripts that had recently impressed them. Most obliged by providing him with a healthy stack of not-so-awful reading.

Satisfied with the results, Franklin decided to ask for scripts the following year, and then again the year after that. Nearly in its tenth year of existence, an idea that was born out of frustration and a desire to discover exceptional material would quickly become known as THE BLACK LIST— an annual survey of sorts that lists the most popular, unproduced screenplays as determined by some of the top executives working in the industry today.

To be fortunate enough to appear on the Black List would be a dream come true for any screenwriter. Having work featured on such a list almost guarantees that your script, or perhaps a future script, will actually get made. The biggest challenge for screenwriters, however, is figuring out how to get your work on the list. More specifically, how does a talented writer who lives in Eagle River, Alaska get their script in front of the right people to even give it a shot at being considered for the list?

Well, Franklin and company have upped the ante in their mission to introduce the industry to original material by launching a script hosting service on the Black List website that will allow screenwriters from anywhere in the world to upload their scripts (for a reasonable fee) and have them read by some of the most prominent studio and production company executives.

To give us more insight into the Black List’s new service at blcklst.com and where it all originates, Franklin Leonard was generous enough to answer some questions.

WILL PRESCOTT: Let’s start with your background. Where did you grow up and go to school?

FRANKLIN LEONARD: I’m an army brat. Born in Honolulu, Hawaii and moving every year or so until I was about eight years old, when my parents settled in Columbus, GA. I graduated from Harvard in 2000, and in the year immediately following graduation, I worked on a Congressional campaign in Cincinnati, OH, wrote for the Trinidad Guardian in Port-of-Spain, and then accepted a job as a business analyst at McKinsey & Company in New York City.

WP: Then how did you find your way into the entertainment business?

FL: During and shortly after my time at McKinsey, I realized that I was spending a crazy amount of my very limited non-work time either watching movies or reading about the film industry. Growing up in west central Georgia I don’t think it ever occurred to me that I could actually be a part of the business. But if only as a way to avoid law school, I came out to Los Angeles in March 2003 to try my luck. Fortunately, a friend of a friend was an assistant at CAA. She introduced me to another friend of hers, who passed my resume to Rowena Arguelles, a motion picture literary agent and now a close friend, who hired me as her assistant.

WP: Which of course led to you founding the BLACK LIST. For the screenwriters and producers who aren’t familiar with it, what exactly is the Black List and where did the idea generate?

FL: The Black List is a platform that helps people who make movies find screenplays to make and helps screenplays and screenwriters get their material to people who can help get them made, be they financiers, producers, directors, actors, agents, etc.

It began as a survey. Back in 2005, I was a development executive at Appian Way Productions (Leonardo DiCaprio’s production company). Like most development executives, I was desperate to find something good to read. So a few weeks before the end of the year I asked almost 100 of my peers to send me a list of their ten favorite scripts from the calendar year that wouldn’t be in theaters by the end of the year.

I’ve created the annual list by the same process every year since, though the pool of eligible voters has expanded to about 500 people who typically respond at a rate of about sixty-percent. Over the last two years, the Black List mission has expanded considerably.  We now have a membership website for industry professionals that effectively functions like a real time Black List and screenplay recommendation service. 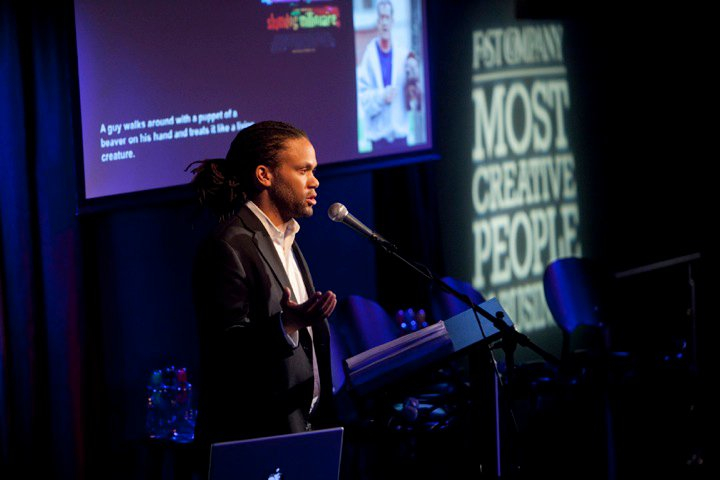 WP: Why, in your opinion, is it so important to find these scripts a home or, at the very least, help them see the light of day?

FL: I don’t know how grandly important it is. For me personally though, Black List scripts are the kinds of stories – emotionally ambitious, a bit unconventional – that made me want to work in the film industry in the first place. They’re the kinds of films I seek out when I want to watch a movie. They’re also the kind of stories that are increasingly hard to get made now in an industry facing real pressures on both the revenue and cost side of the financial equation.

I think of our role less as helping great scripts see the light of day and more as correcting some major inefficiencies in the market for screenplays and screenwriters, all with the goal of seeing more, better movies get made.

WP: It seems like most of the scripts that make it on the Black List are produced and, many of them, go on to huge critical acclaim. Juno, Slumdog Millionaire, etc. Do you think the same would happen had studios or larger production companies actually taken a chance on them? Or do you think there’s a sort of unexplainable “rebel” spirit that embodies these stories and allows them to only thrive in the given context?

FL: I don’t have the numbers on this but plenty of Black List scripts have been produced in a studio or large production company context, and many of those have done quite well. I think the corporate environment in which a film is produced has far less to do with its success – critically or commercially – than the individuals involved in making the movie and the care and common purpose with which they work on the film.

WP: So, what’s going on now with the Black List? I understand you’ve launched a new way for screenwriters to submit their scripts for consideration on the website?

FL: We have. Very simply, screenwriters can upload their scripts, have them evaluated by professional readers, and based on those evaluations and our recommendations algorithm, make them available to industry professionals ranging from agency assistants to studio presidents and A list actors and directors. We already have almost 1,150 industry professional members of the Black List.

WP: Sounds good but how much does something like this cost?

FL: Each screenplay can be hosted on our site for $25 per month. Each read from our professional evaluators is $50. We recommend purchasing several per script, but even one can be adequate for a particularly strong script. Every other read – be it from an agency assistant, Warner Brothers president of production Greg Silverman, or Sony president of production Hannah Minghella (both are members of the site and on the Black List board of advisors) – is entirely free.

WP: This is great because you’re giving screenwriters, from anywhere in the world, a chance at exposure. Any more exciting news coming up with The Black List?

FL: Yes, but not quite ready to say what yet. What I can say is “stay tuned.”

WP: Fair enough. One final question before we end: What’s the best script you’ve ever read? Was it produced and did it live up to your expectations?

FL: I’m always reluctant to name favorite scripts for obvious reasons, but I spend a lot of time thinking about (Aaron) Sorkin’s Social Network script and the movie, which I loved. Excellent soundtrack to build a business to.