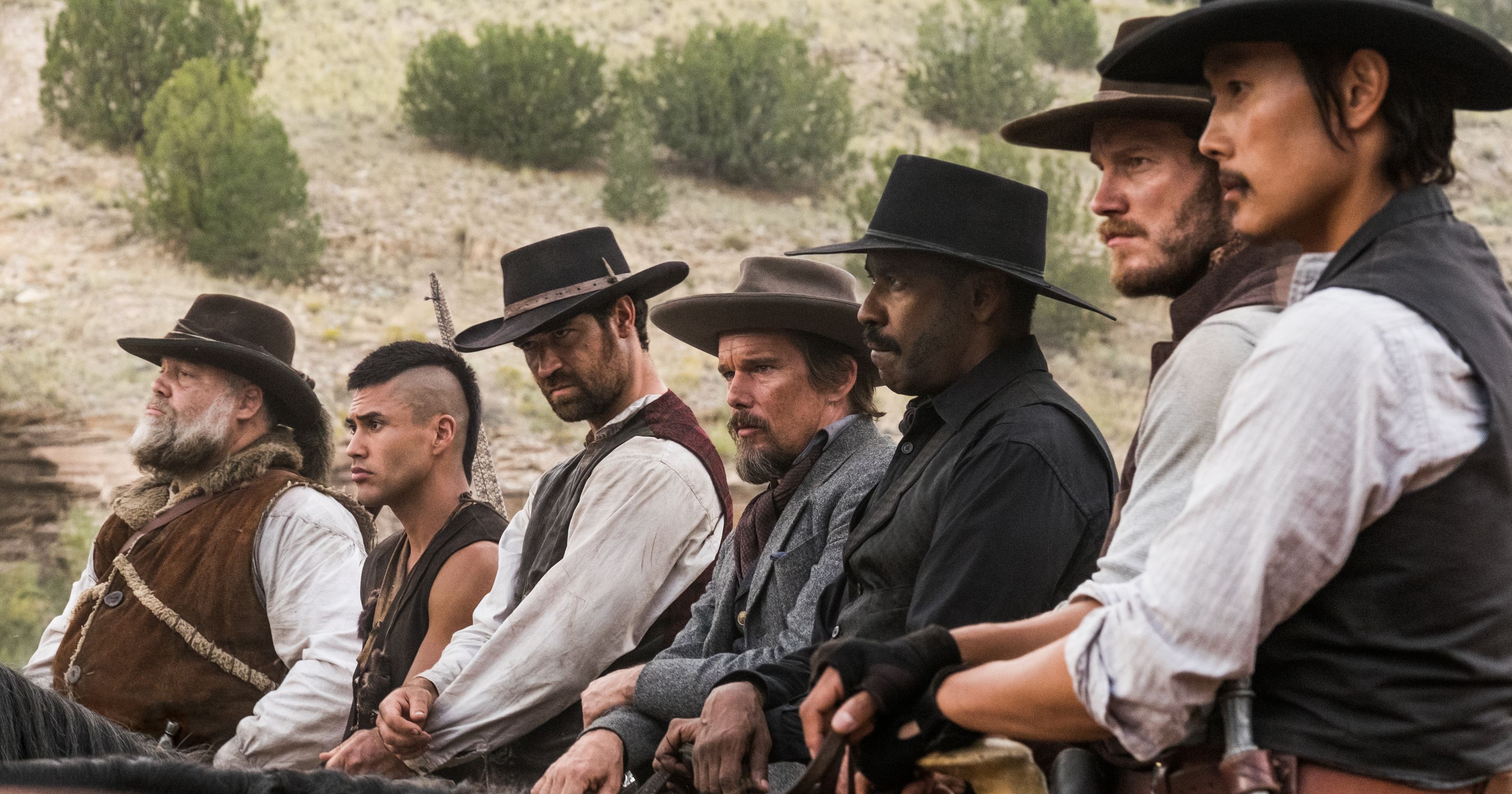 It’s September, which means we survived Summer 2016 – aka Season of the Unwanted Sequel – and are now in the safe space of Fall, where studios would never release a lackluster film. Our staff has examined this month’s list of upcoming movie releases to determine which titles – from the post-summer blockbuster leftovers to pre-Oscars prestige pics and everything in between – have made the top of our individual must-see lists.

Finally, a month with some movies I really want to see! It’s been a long, dry summer, folks. September brings good things, though. Kids are back in school, and football is starting. And there are movies that I want to see, but will likely miss because – yeah, kids and football. But here’s what I WANT to see:

The Dressmaker – because Kate Winslet looks totally badass in it and her fierce red dress. And it looks like Liam Hemsworth is her love interest, which finally gives a woman close to the age-disparity enjoyed by every male actor in the industry. (Daniel Craig’s next Bond Girl just started Kindergarten.)

Queen of Katwe – I have high hopes.

American Honey – but it’s nearly 3 hours, and that’s a lot to ask for a non LOTR film (don’t judge me! I feel you judging).

I am interested in finally seeing what I missed at Sundance: Goat and My Blind Brother.

And last, because I don’t have high hopes, I might — MIGHT — somehow see Bridget Jones’s Baby. Yeah, I know this is a dead franchise. But so many of my favorite movies came from Working Title that I’m willing to give it a chance.

Magnificent 7
Klown Forever
Author: The JT LeRoy Story
The Lovers and the Despot

I’m getting some very serious Spring Breakers vibes from Andrea Arnold’s American Honey, complete with Shia LaBeouf stepping in for James Franco in a former-heartthrob-kinda-one-time-couldda-been-action-hero-turned-oddball-character-actor-going-balls-out-playing-a-creeper. For the record, I see all of that as a selling point. Also high on my list is Transpecos, which looks like another good desert-set-indie-thriller (like Hell or High Water last month).

There looks to be a number of coming-of-age indies coming out in September (including Kicks – which I’ve seen and liked), but Girl Asleep looks extra fun and weird. And rounding things out, a trio of always-good movie stars are back: Denzel Washington cowboying and making things blow up in The Magnificent Seven; Kate Winslet looking all sorts of classy in The Dressmaker; and Tom Hanks being America’s real hero again in Sully (yes I know Clint Eastwood directed Sully, and yes I know his recent calls for everyone to “get over” racism is the definition of “not cool,” but Sully looks good!)

I’ll be the first to admit, I can’t wait for Bridget Jones’s Baby. I thought I’d be indifferent, how wrong I was, I freakin’ love Bridget Jones. Operation Avalanche covers the mother of all conspiracies: the moon landing; and even though it’s fiction, is it really fiction? I mean, it was the height of the Cold War… we needed to assert our dominance in the space race… we’re the only country that has landed men on the moon! You can tell I’m invested. Closet Monster looks trippy and interesting and unique, definitely one of those films I’d love to see on a rainy day, so I’ll just need to see it on a particularly hazy LA day. I think Do Not Resist is important viewing too.
Honorable mention: The Magnificent Seven aka the end of the summer blockbusters, and it’s a Western!

WHAT MOVIES ARE YOU LOOKING FORWARD TO SEEING THIS SEPTEMBER?