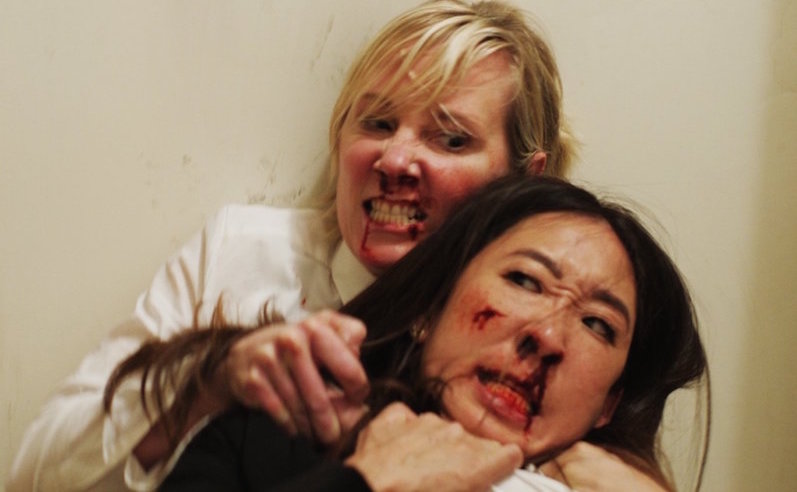 We’re back in action! Now that holidays and awards season are both over, we’ve returned to studying the month’s movie release calendar to select the films our staffers are most excited for. Check out what titles topped our must-see lists!

After such an eventful awards season, full of surprises, shock and elation, I am looking forward to the calm of March movies. Simple movies with no heavy themes or carnage – just your average well meaning, spiritually lethargic films. So let’s get to my picks for March movies:

Raw – the dream of everyone who has been craving In-N-Out but has a staunch vegetarian in the car with them.
Life – I figure this must be a lovely film about puppies being born, right? RIGHT?!
Table 19 – who doesn’t like a film about the rejects at a wedding? Not that I have ever been at that table!!
The Shack – a movie about a great basketball play— what?… Oh, never mind.
The Discovery – proof of the afterlife. I just know it’s going to go smoothly!
And
Power Rangers – because I have a son, and I’m a cool mom. And one day, I’ll need him to take care of me.

There you go. As soothing as the waves of the ocean, just before a hurricane hits.

On the indie rom-com side, I gotta say Table 19 looks promising. Great cast (Kendrick! Kudrow! Robinson! Squibb! A cute dog!), plus it’s written by the Duplass Brothers. I’m RSVP’ing ‘YES’ for Table 19! (Yo Duplass Bros, feel free to put that gem of a pull-quote on the poster if you want.)

Catfight and The Belko Experiment both look delightfully bonkers in their own special way. Donald Cried IS delightfully bonkers in its own special way (I saw it already. Fun idea: track down your weirdest childhood friend and take them to see it!); I’m also hoping to see some movies in Austin when I go to SXSW. We shall see if those dreams come to fruition, as there are a lot of distractions at that festival with the panels and the music and the trade show and the parties we host and the parties we don’t host but still want to attend, etc. But movies, yeah, those would be cool to see.

Back at this again, just like another King Kong movie. I’m over remakes, I really am, but why’d they have to give me some Apocalypse Now vibes, and a trailer with CCR? Now I have to see Kong: Skull Island, and I’m ashamed. I know Tom Hiddleston won’t wind up as a Kurtz-like character at the end of the film, but oh how I wish he would. Look, see what T-Swift has done? While we’re on the subject of movie franchises, Life is NOT THAT and looks like what I wanted a certain Alien-prequel to be. Might be a run of the mill sci-fi, but maybe the twist is that the world gets destroyed (I wouldn’t really contest that). On the indie side, I’m fascinated by Dig Two Graves; it embraces the Gothic roots of its story in some of the shots previewed in the trailer and I just love that along with deals with the devil and murder mysteries… wow my film choices are dark this month.

WHAT MOVIES ARE YOU LOOKING FORWARD TO SEEING IN MARCH?