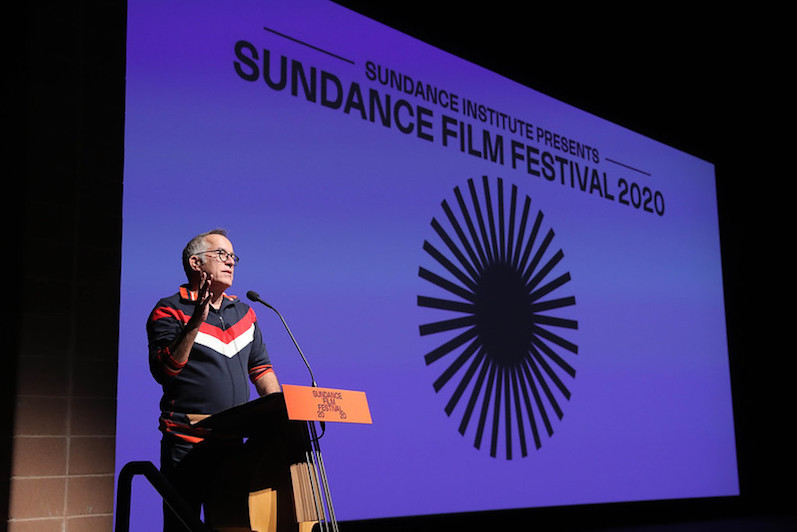 But beyond the party-hosting, the SAGindie staff also managed to see some movies. Check out our favorites below, along with a list of this year’s award-winners.

I didn’t get to see very many movies this Sundance, too many other events/panels/receptions got in the way. However, I did manage to see a few and out of that small sampling, two stood out.

Blast Beat – an immigration story about a Colombian family trying to make it in America. Not your typical look at immigration, which made me like it even more.

The best movie I saw at Sundance 2020 was Bloody Nose, Empty Pockets. I loved it. Then I read about (spoiler?) how it was made and I’m… conflicted.

Still, great movie. But is it a documentary? I dunno! Discuss.

My two favorite films of Sundance this year were… drumroll… Zola and Save Yourselves! After all the dramas I watched these two felt like the necessary breath of fresh air I craved. It definitely helped that they also both had super wild and different plots from the rest of the films I saw.

Congrats to all of the award-winners!

WHAT WERE YOUR FAVORITE SUNDANCE 2020 MOVIES?