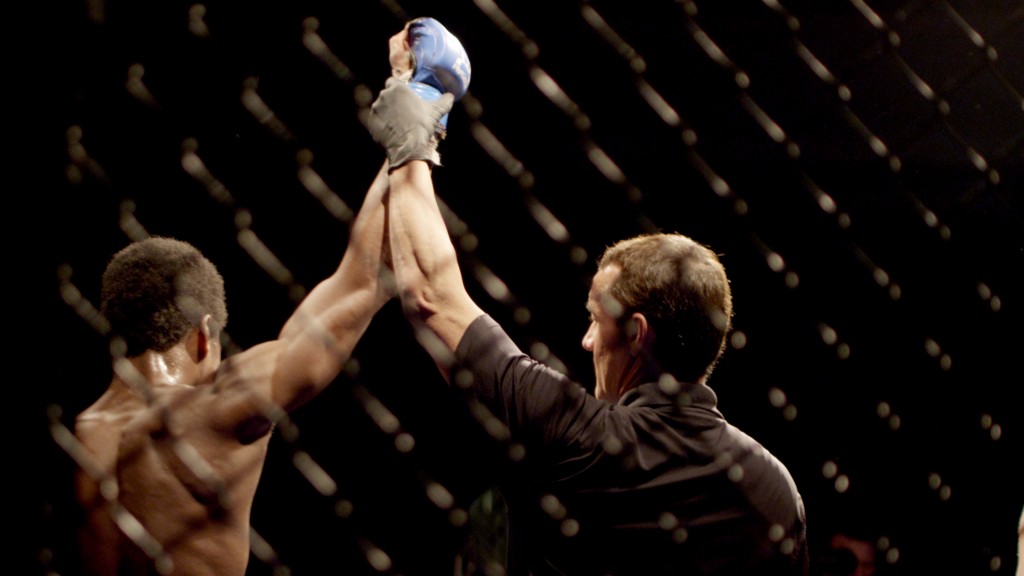 A few years ago we interviewed indie Producers EBEN KOSTBAR & JOSEPH MCKELHEER about their critically-acclaimed film THE HAMMER— the true story of deaf UFC Fighter Matt Hamill. The film has enjoyed an amazing journey while inspiring many along the way and now, Eben and Joe have stepped back into the world of mixed martial arts with their latest project, FIGHT CHURCH (trailer below).

FIGHT CHURCH is a feature-length documentary about the confluence of Christianity and mixed martial arts, including ministries which train fighters. The film follows several pastors and popular fighters in their quest to reconcile their faith with a sport that many consider violent and barbaric. Faith is tried and questions are raised. Can you really love your neighbor as yourself and then punch him in the face?

The film is directed by BRYAN STORKEL and Academy Award Winner, DANIEL JUNGE. This is Daniel’s follow-up film to SAVING FACE, which won an Oscar in 2012.

FIGHT CHURCH premieres tonight in Boston at the Independent Film Festival of Boston (a festival SAGindie is very proud to be a sponsor of). The doc is also scheduled to screen at the Nashville and Maryland Film Festivals.

For tickets to the premiere screening tonight at IFFB, go HERE.