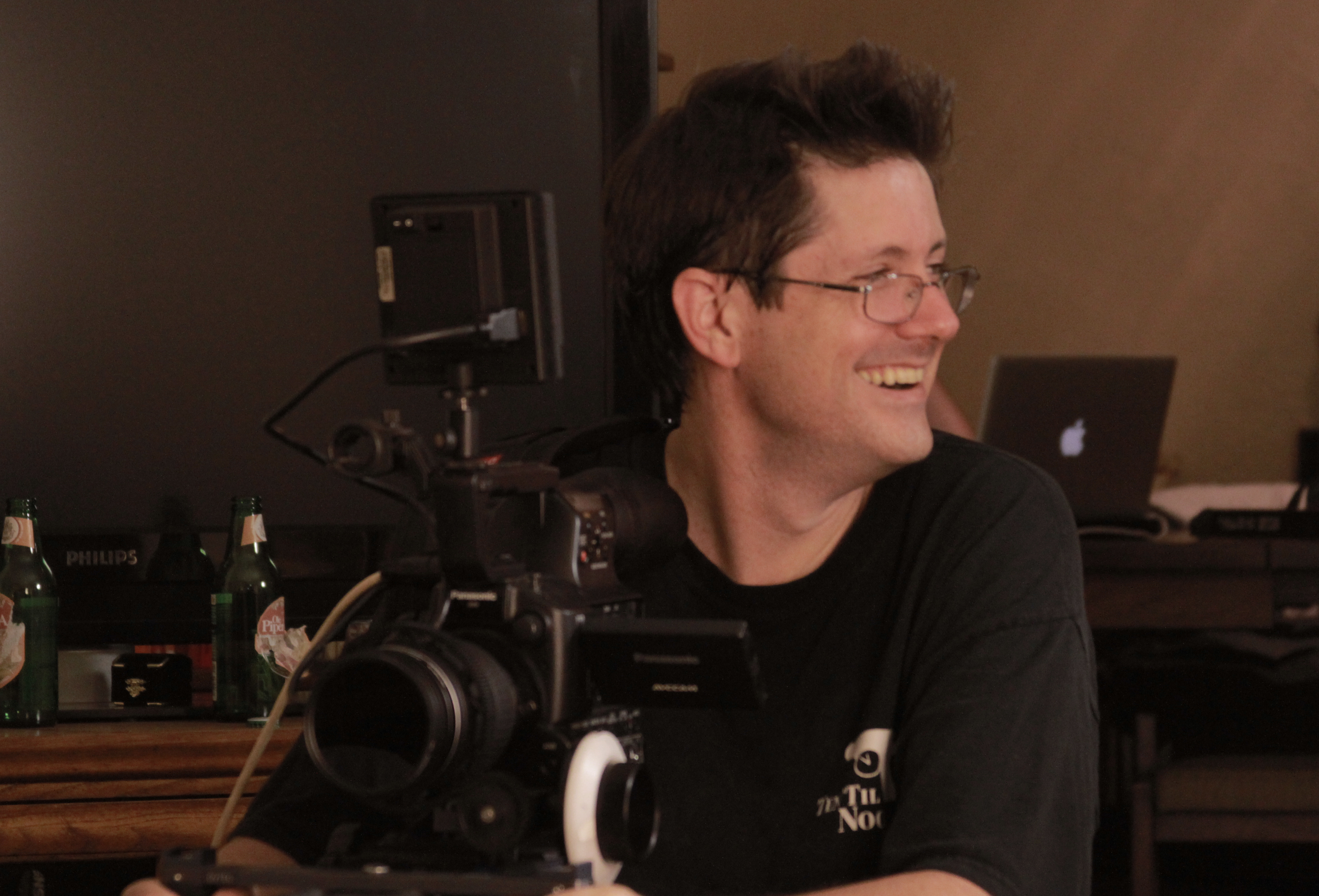 If you haven’t already heard of, or run into, filmmaker PAUL OSBORNE somewhere along the way, don’t sweat it because the odds are you will. A champion of indie film and a staple along the festival circuit, Paul has been making a successful go of it in the industry for a while now.

In addition to contributing articles for Moviemaker Magazine, Film Threat, and Ted Hope’s blog Hope for Film, he’s the driving force behind indie gems TEN ‘TIL NOON, OFFICIAL REJECTION, and most recently the critically-acclaimed thriller FAVOR (killer trailer below), which will be hitting iTunes and Cable VOD on April 22nd from Gravitas Ventures.

No stranger to making things happen on a shoestring budget, we asked Paul for some advice on directing micro budget productions that don’t suffer from a lack of quality. Lucky for us (and you), he was kind enough to share some of his secrets.

1. Shoot Quickly and Efficiently. Shooting a movie is the most expensive part of any production, and if you’re making a micro-budget flick (defined as anything with a cost of $50,000 or below), it’s critical to get the most out of the time the cameras are rolling as possible. The best way to accomplish this is to shoot as fast as you can without significantly impacting quality. When we made my movie FAVOR, our mantra was “write it like art, prep it like art, cast it like art, rehearse it like art, cut it like art… but shoot it like exploitation.”

The trick is to be prepared, know what you want, have your priorities in order… and follow the rest of this list.

2. Rehearse Your Actors During Pre-Production. When you make a small film, it’s vital to get good performances – after all, there are no giant CGI robots or superheroes to distract the audience if the actors suck. But sussing out the nature of a scene or the layers of a character takes time, and when you’re shooting you don’t have a lot to play with. So, I suggest doing extensive rehearsals (with the actors who are willing to participate) in the weeks leading up to your start date. Not only will your performers be fully primed when they finally step in front of the camera, you’ll have likely already developed an all-important shorthand with them as well.

3. Schedule Each Day Yourself. You may have an assistant director, production manager or producer willing to do it for you, but I suggest taking on this task personally. Having rehearsed your actors, only you know which ones are slow to warm to a scene, which are good to go right when they arrive and which burn out quickly. Only you can decide which pages should be given more attention than others, and if they’re calling lunch in ten minutes, whether it’s worth squeezing in one more take or breaking early. Additionally, if things have to be shifted around, you’ll be so familiar with the plan you won’t have to call a meeting to figure it out – you’ll simply know what to do.

4. Be the Hardest Working Person on Set. Directing a movie, even a micro-budget one, is a privilege. Yes, it means you have all the responsibility on your shoulders, but in a director-driven medium it also means you have the most to gain. It’s a given you should treat every member of your cast and crew with kindness, dignity and respect, but it’s also important to demonstrate this by working harder than any of them. You should be the first one there, the last one getting food, the first one back from lunch and the last one to leave after wrap. The crew will not only feel appreciated, they’ll also work harder just to try and keep up with you.

5. Make Decisions Fast. Your cast and crew are looking to you to steer the ship, and the confidence they have in you is directly proportional to the mood on set. Making decisions quickly will give the illusion you know what the hell you’re doing, even if you don’t. As strange as this is to say, it’s often better to make a quick decision rather than the best decision as long as it keeps the shoot moving forward.

6. Feed Your Crew Well. It doesn’t matter what your budget range is or how much you pay the crew – if you don’t feed people well, they will revolt. This doesn’t mean the food has to be expensive – on FAVOR, our producer often cooked for everyone, and craft service consisted of whatever was on sale at Costco. On a day-to-day basis, quality meals are more important than good wages. I’ve seen volunteer crews toil endlessly on full bellies and well-paid ones walk because they were served leftover curry for the sixth straight day.

7. No Task is Beneath You. Yes, a director is generally the highest authority on set, but you’re not above the crew – you’re a member of it. If you’re sitting on your ass and everyone else is working, you’re doing it wrong. Get up, move a light, clean up the paper plates from lunch, steam the shirts in wardrobe…You owe it to your movie, and it sends a positive message to everyone else.

8. Protect Your Actors When They Fail. Sometimes actors come to set not knowing all their lines, or aren’t in the right headspace, or are just tired. Even the most professional performers can have an off-day, and calling them out on it is only going to make it worse. If a performer just isn’t hitting it, your best bet is to invent some “technical adjustment” so they can step aside and collect themselves without any attention placed on the fact that they need to. Remember that actors have to expose a part of themselves in order to do their job, so it’s your job to make them feel safe enough to do it.

9. Limit the Toys. Lighting a scene can often take a long time. Want it to go faster? Have fewer lights. Would you like to streamline the time it takes for your cinematographer to set up a shot? Limit the number of lenses available. If there are a lot of toys on set, your technical people will want to play with them, so if you’re shooting on a tight schedule and an even tighter budget, it’s wise to limit the gear to the essentials. Just make sure the gear you do have can do the job.

10. Enjoy Your Difficulties. After a particularly grueling day during the production of my first feature, TEN ‘TIL NOON, I vented to my wife about some of the issues we were having on set – our first A.D. was wildly disorganized, our cinematographer was lazy and sneaking off to watch Pay-Per-View movies between set-ups, one of our actors kept trying to rewrite his dialogue. When I finished my rant, she smiled and said, “You’re lucky you get to have these problems. Enjoy them.”

BONUS PARTING THOUGHT. We don’t get to do this everyday. Movies aren’t made, they’re forced into existence, so when you finally get one going and are facing the difficulties that invariably present themselves, take a moment to savor the fact that you have them. It doesn’t make these problems go away, of course, but at least for me, it makes tackling them a whole lot easier.