Traffic and tourists couldn’t stop A-list movie stars and scrappy indie filmmakers from coming together in Hollywood for the 2016 AFI FEST. SAGindie once again co-hosted a cocktail party with SAG-AFTRA, in addition to sponsoring two unique films at this year’s fest: Josh Locy’s Hunter Gatherer (pictured below, Locy’s Q&A with actors Andre Royo and George Sample III) and Sarah Adina Smith’s Buster’s Mal Heart. Thanks to everyone who came out to join us for our party, our screenings, or any other film or panel you may have caught! Check out which film’s won this year’s awards below. 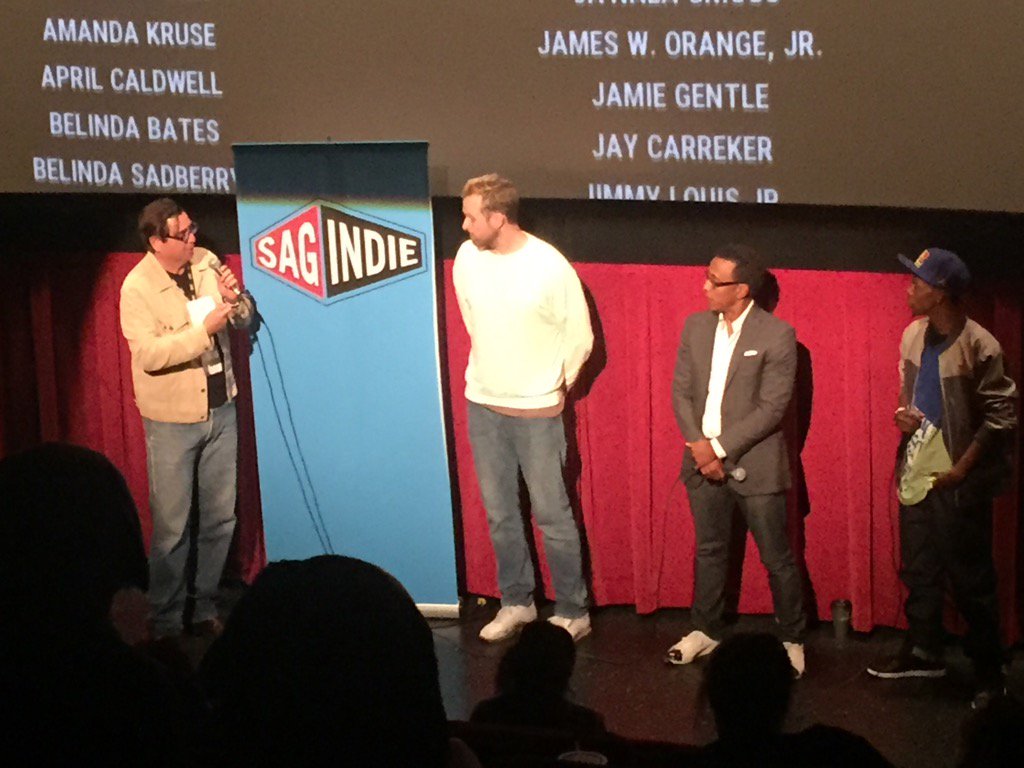 WHAT WERE YOUR AFI FEST 2016 HIGHLIGHTS?