Filmmaker Interview: MIRANDA JULY, writer/director/star of ME AND YOU AND EVERYONE WE KNOW (indieBlog Archive) 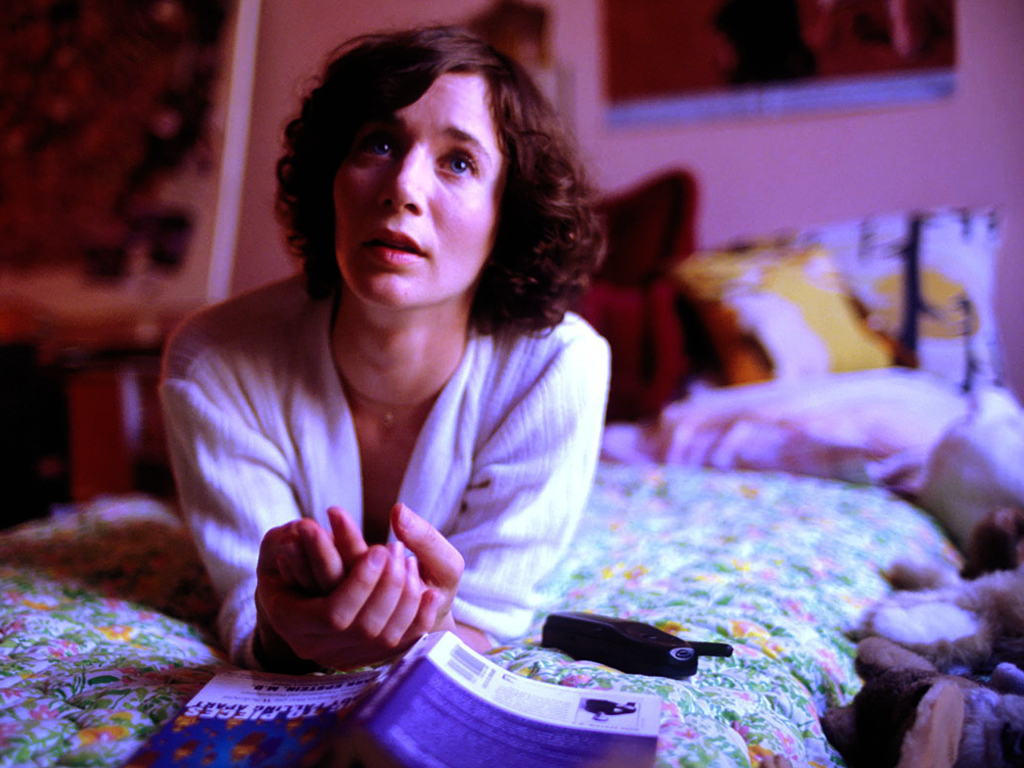 Some independent films deal with themes. Others explore characters and settings. And some you just can’t quite label. ME AND YOU AND EVERYONE WE KNOW is one of these films. The plot revolves around a shoe salesman and his mixed-race kids and a performance artist who drives a taxi for old folks, not to mention a bizarre Internet sex triangle and goldfish. As divergent and odd as the story might sound, this film is as charming and sweet as a movie can get. Don’t take our word for it, Me and You and Everyone We Know won the Special Jury Prize For Originality of Vision at Sundance and the Camera d’Or at this year’s Cannes film Festival. MIRANDA JULY’s unique vision has brought her the critical acclaim most filmmakers could only dream of. The film features a break­-out performance by Deadwood and The Perfect Storm’s John Hawkes.

SAGINDIE: How did you become a filmmaker?

MIRANDA JULY: I started out writing plays in high school and putting them on in this music club in Berkley, California. I went to college very briefly and dropped out because I had set my course with my one-woman performance. I had been all over the world performing for the last ten years. And at the same time I had made a lot of short movies. There were these parallel paths, which had organically transitioned into making this feature film.

What’s the difference between your performance art and this feature?

MJ: My performance art is much more of a solo venture. It’s not the large-scale operation of making a movie. The other thing is that with performance art I am kind of inventing the medium as you go, there are no conventions other than the ones that I come up with. Where as on a set I had to learn the conventions of the set [and] the crew and adapt to that.

How did you come up with the story?

MJ: I didn’t start with a plot, per se. There were many plots. I centered around this ensemble cast, a father and his two sons, the curator and artist. And having a structure that was loose and free, enough freedom that I would actually finish it. I didn’t have to work on a story that I had preconceived. It was very free and I just wrote how I was feeling each day. Then I would add characters and create convergences. It was a joy up until the drafts where I had to make the story work. And then there’s just no getting around that.

This script was developed through the Sundance Institute’s Screenwriter’s Lab?

MJ: I submitted a finished script to the lab a few times. I finally got accepted and that was the first time I had shown the script to anyone. And then a year later we were shooting it.

How was it working in the lab?

MJ: It was great. There are all these advisors, people you’ve actually heard of… working professionals in Hollywood. I had never met someone who had directed a feature much less written one. I left with my confidence redoubled. It’s very galvanizing. And you need that when you are pitching your movie.

Was that how you lined up a producer?

MJ: One of my advisors, Miguel Arteta (Chuck and Buck, The Good Girl), introduced me to Gina Kwon whom he had worked with before and this was the first feature that she produced completely on her own. She had seen my work and knew who I was from my performance art at The Kitchen in New York City.

How did you get funding?

MJ: We got the funding together. We took it out to a zillion companies over nine months and ultimately Film Four was first to come on board, and they needed an American partner who put in most of the money.

Was it difficult dealing with the subject of child sexuality?

MJ: It’s really true what they say, “When you’re casting children you are casting their mothers.” How the mother feels about the script is going to be pretty much how the kid feels about it. But they really just end up taking what they are interested in. We did tell the youngest actor what the scenes were about and he just wasn’t into the subject matter that wasn’t at his level. I’m definitely trying to expand the conversation around children’s sexuality, the idea that children are sexual and that there is a way to talk about that and how it collides with an adult world. Children live in an adult world. I wanted to approach it without it being in a vocabulary of shame or guilt or when something terrible happens because of it. It’s a pretty narrow conversation if you only let it be about pathologies. I like working with kids. They naturally have a magic that we are all trying to find as actors. And with the six-year-old, you go line-­by-­line, take­-by-take. 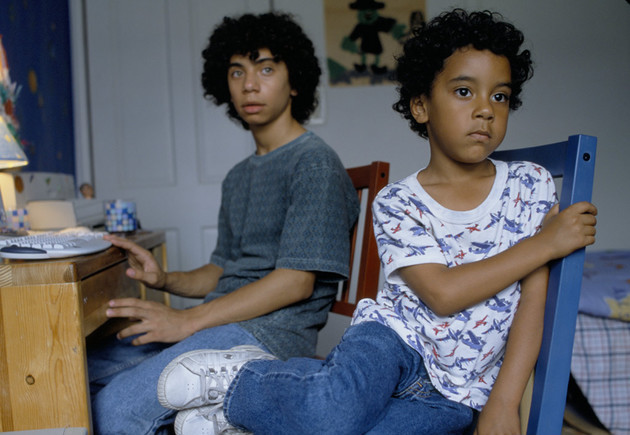 How did you cast the film?

MJ: I worked with my casting director to find a cast of new faces. I wrote the roles that I identified very closely with. She brought in actors and would say, “I don’t think you’re going to get much better than this” and I would agree that they were great actors, but I would just feel like, “That’s not him, I’ve been him from the inside.” And it was like that until we finished casting the film. I really love auditions, you get to see people act every day. And you want time to get to look at the person.

Were there any name actors that wanted to be in the film?

MJ: After a while word gets out, and it’s hard for any actor to find good material. And yes, actors were drawn to it. There were moments when I would get offered a name and I would say, That is a great actor, but it didn’t match what the film was about. A name would take away from all the other roles. I didn’t want that.

How many days did you have to shoot the film?

Did you write around locations you knew?

How did you discover the look of the film?

MJ: My cinematographer was Chuy Chavez, who is a Mexican DP who had worked with Miguel Arteta earlier (Chuck and Buck). I really trusted Miguel’s opinion. Chuy came up to Portland for a few days and I acted out the whole script for him so that it was clear what the emotional terrain was. We established the look together. The thing that was most important to me was that each emotion wasn’t missed. It has so much to do with how you shoot it. We discussed things like, whether you capture the eyes in the right way, at the right time. He took care of that for me, he always made sure he knew what I cared about.

MJ: We didn’t storyboard much because we didn’t know where we would be shooting. We only storyboard two scenes, the blowjob scene and the goldfish scene for different reasons. Both of those scenes had to go very smoothly. Other than that, it was boring to both of us to have locked it down when we really didn’t know what amazing thing a child is going to do. And sometimes we had a shot list just for the sake of communicating with the 1st AD. And Chuy would take pictures during the blocking rehearsal and show them to me on his digital camera so I would be able to see what it was going to look like.

What format did you shoot the film on?

MJ: HD. It was great because I was able to leave the camera running with the kids when I needed to, which was invaluable. I often didn’t cut, and I could do five takes back to back.

How involved were you with the editing and post?

MJ: I was in the editing bay all day every day and was there for all of the composing. The technical stuff isn’t inherently inspiring to me, but none of it is just technical. It’s all emotional. You may not care what kind of lamp is on set, but you do care how people feel when they look at the light on Robbie’s face. So you end up caring.

What information would you impart to upcoming filmmakers?

MJ: When I was originally trying to pitch this film, it wasn’t an award-winning film. It was just like any other film trying to get financing. I didn’t want to cast stars, and I wanted to be in it and take a really good role, and all the themes made it a tough sell. You have to tell yourself that it is a Camera d’Or and I didn’t even know it existed at the time. Everyone is going to try to convince you to cut things. There’s no reason to do something so hard unless your heart is really into it, and as long as your heart is in it you’re unstoppable. No one can take that away.

What’s next for you?

MJ: I’m working on all the things I do: Performing and writing scripts to direct, [and] a book of short stories.

Me and You and Everyone We Know is currently in limited theatrical release in Los Angeles and New York and will be soon be at a theater near you.

[UPDATE: Me and You and Everyone We Know is streaming on Hulu.]
__