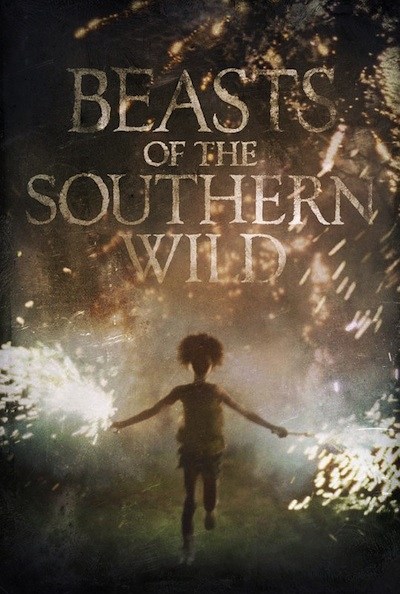 Every once in a while, a film pulls away from every comfortable storytelling convention viewers have come to know and expect. Somehow, the story moves like poetry through its world and its events, creating its own rules; as a result, the story becomes more than a film. It becomes a feeling that has the ability to profoundly affect each viewer in its own way. Somehow, that film makes more sense than any tightly-written movie that premiered with it at the 2012 Sundance Film Festival. For this year, that film is BEASTS OF THE SOUTHERN WILD.

Benh Zeitlin, a filmmaker who made a splash in the festival circuit for his short film Glory at Sea, a mystical tale set in the aftermath of Hurricane Katrina, directed Beasts of the Southern Wild. He also co-wrote the screenplay along with Lucy Alibar. The film is an adaptation of Alibar’s play, Juicy and Delicious. The resulting film, however, uses its medium to its fullest advantage, and it is a dazzling cinematic experience.

Set in Southern Louisiana, in an area called the Bathtub, a small community lives on one side of a levee, seemingly cut off from the outside world. Six-year-old Hushpuppy (Quvenzhané Wallis) has only her father Wink (Dwight Henry) to raise her. Her father regales her with tales of her mother, but this tiny family begins to rip apart as Wink deals with an illness and his own mortality.

At the same time, Hushpuppy’s teacher warns her that “the fabric of the universe is coming unraveled.” Hushpuppy takes this concept literally and envisions a world crumbling at its seams. Outside influences, such as social services, come into contact with this community as storms ravage their homes, but outsiders seem alien and out of place. The harsh reality is that this group of people may not be able to survive in their small corner of the world.

The community sets out to survive on their own terms at all costs, and Hushpuppy embarks on a journey to find answers to the questions that plague her, in regards to the Earth, her parents, and her relationship with all three. Through a lyrical bildungsroman that beats to its own heart, Hushpuppy crafts a philosophy from the wisdom and lens of a child who has been displaced by the modern world.

The newcomer cast assimilates flawlessly into their impassioned, magical realist surroundings with Quvenzhané Wallis as the break-out star. Fox Searchlight outbid other independent film distributors and acquired the distribution rights.

BEASTS OF THE SOUTHERN WILD is out in theaters now.