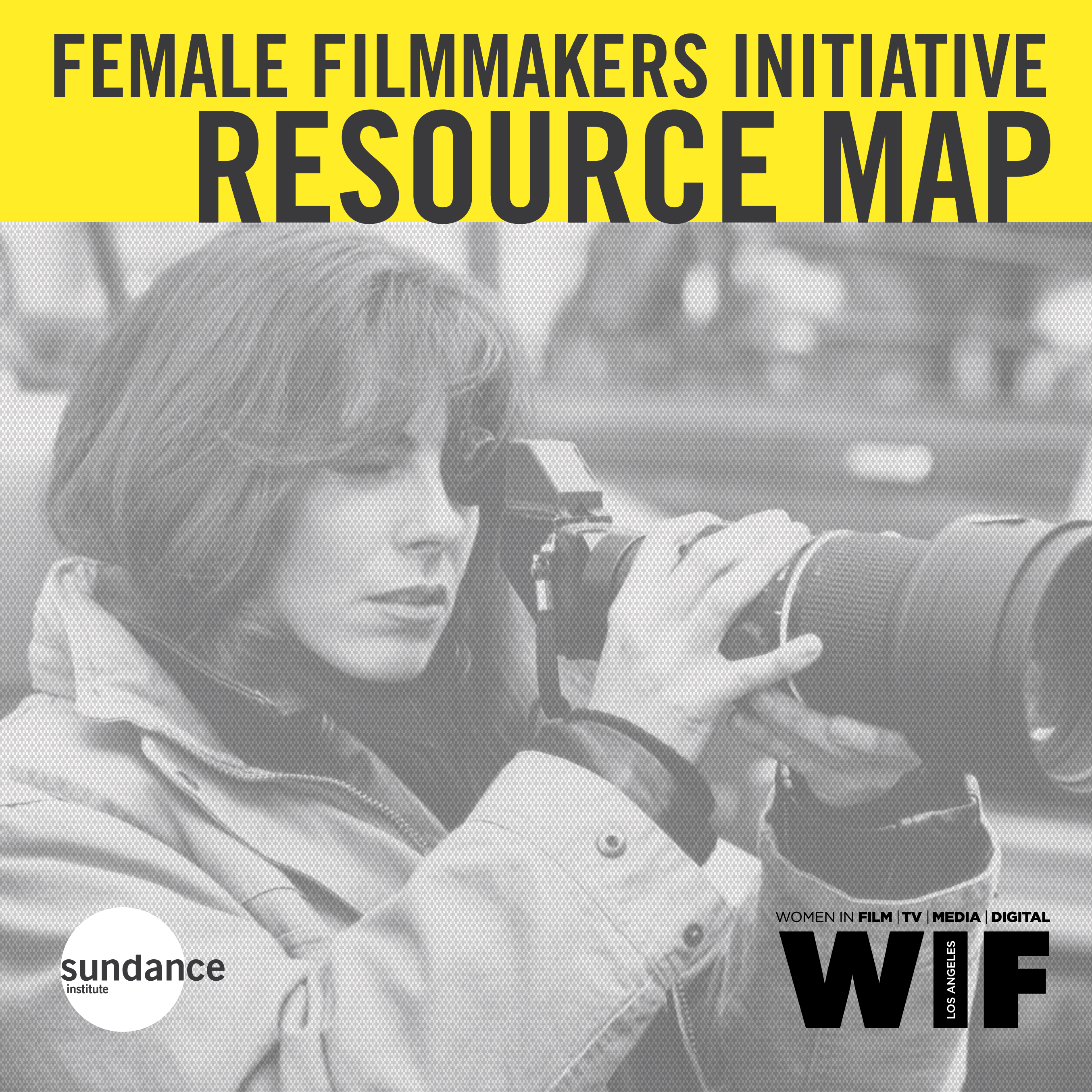 Few organizations are as synonymous with “independent film” as the Sundance Institute. Since 1981, Sundance has provided support for indie filmmakers with labs, fellowships, financial grants, and more (but you already knew that, right?) – all in addition to the exposure they bring to independent cinema at their annual Sundance Film Festival and its various offshoots (in Los Angeles, London, Hong Kong, and beyond).

And now to further their mission of bringing diverse voices into the filmmaking world, Sundance Institute and Women in Film Los Angeles have launched a new website: The FEMALE FILMMAKERS INITIATIVE RESOURCE MAP. This new database allows filmmakers to browse a TON of information on festivals, nonprofits, production companies, mentorship programs, funding opportunities, and other resources for women in film.

One of the driving forces behind the new Resource Map is CAROLINE LIBRESCO, Senior Programmer for the Sundance Film Festival and Director of Catalyst and Women at Sundance. We had a chance to ask Caroline some questions about this exciting new initiative, the state of women in film, and the next steps for future progress.

SAGINDIE: Sundance Institute and Women In Film Los Angeles previously commissioned a multi-year study on the lackluster number of female filmmakers. Now you’ve gone the extra step to create a full resource listing that will hopefully improve those numbers. Why was it so important for Sundance to devote the time and effort to create this list? 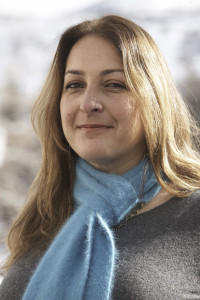 CAROLINE LIBRESCO: Three years ago, Sundance Institute and Women in Film Los Angeles launched the Female Filmmakers Initiative to foster gender parity for women behind the camera. Each year since then, we’ve commissioned a research study by Dr. Stacy Smith and her team at USC’s Annenberg School for Communications to better understand the barriers facing female filmmakers and opportunities available to them. Our Executive Director Keri Putnam has really led the idea that a clear picture of the hard numbers and the root causes behind the paucity of American female filmmakers will directly inform the programs we create at Sundance Institute to address gender inequality in film.

The first phase of research revealed that the top barriers for female filmmakers were access to and knowledge of film financing, male dominated networks, and a widespread lack of awareness of the problem. The second phase showed that deep artist support, such as that offered by Sundance Institute, makes a significant difference in whether female filmmakers thrive in the film sphere. Findings from our most recent third phase of deep-dive qualitative research point to the need for the industry to alter their perceptions about what women can and want to do in the film industry, underlining the continued need for robust support to women content creators throughout project and career development to offset both unconscious and blatant biases. In short, in an environment that stifles opportunities for female filmmakers, support for women artists genuinely matters in the short and long-term. It is this approach that is fundamental to the framework of the Women at Sundance program, and led to the creation of the comprehensive Resource Map for women to discover opportunities specifically created to combat these systemic barriers.

From where did you cull your research information? Did you seek resources out from festivals and nonprofits, or were organizations able to submit themselves?

CL: Our Female Filmmakers Initiative is led by Sundance Institute and Women In Film Los Angeles, but includes other key organizations dedicated to gender equity in media. These organizations convene twice a year to discuss progress, inspire new ideas and plan future collaborations. For the Resource Map, we reached out to our allied organizations, surveying more than 150 programs from 50 organizations that serve the work of female filmmakers. Since we launched the Resource Map in July, a number of other organizations have contacted us to be included in this essential resource for women. The result is a user-friendly searchable database of programs, events, workshops and services – an information storehouse where female media artists can tap into resources and opportunities.

How did you go about sourcing what type of resources were most in-demand? Did you utilize Sundance Institute’s survey data and go from there, or did you talk to filmmakers one-on-one?

CL: In an effort to provide female filmmakers a comprehensive view of available support, this past year Women at Sundance created Version 1.0 of a Resource Map. At the Female Filmmakers Initiative Financing Intensive this past April, which is designed to educate female filmmakers in all aspects of seeking, securing, and managing funding for their films, we shared the Resource Map Version 1.0 with a group of 100 filmmakers and 50 industry advisors and special guests. We then invited the organizations represented on the Resource Map to make changes or add programs, and the Map went live July 2015.

Presenting a snapshot of the range and nature of current work will encourage new alliances in the field and clarify areas of need in the field. For example, through the process of creating the Map, we have identified field strengths such as mentorship, networking, labs, and workshops, and the following areas of need: shadowing opportunities (particularly in television); grants and funding opportunities; resources for feature film development; and resources for non-directors. The Map is embeddable and can be shared on other websites to increase the project’s reach. Advanced search and filtering capabilities enable filmmakers to focus on information of greatest importance to them. We will maintain and update this resource continually as more organizations take part and share their information with us.

Were you familiar with each resource that ended up on the list, or were there any that just recently got on your radar? Any organization that took you by surprise?

CL: Since the inception of the Female Filmmakers Initiative, we have been actively engaged in networking with organizations that share our goal of achieving gender parity. In addition to the plethora of programs we have collaborated with over the past three years, we were quite excited to discover even more valuable and diverse resources available for female filmmakers throughout the process of creating the Resource Map. The extent of the Map’s featured programs indicates a widespread and growing commitment to advancing the voices of women in independent film and media.

The indie film world is a more welcoming place for female directors than the studio world. Does Sundance – or other resources on the list – have a goal of helping female filmmakers make the transition from indie/low-budget films to helming larger studio films with greater budgets?

CL: As a proven pipeline for artists working across the film industry, the American independent film sector is one place where opportunities exist to create change. From 2002 to 2014, 25.5% of U.S. Dramatic Competition directors at the Sundance Film Festival were women. While Sundance Institute is markedly ahead of the mainstream industry, we maintain our commitment to achieving diversity among our storytellers. With the support of the Harnisch Foundation over the last two years, Women at Sundance has evolved into a boldly innovative program incorporating artist support, public outreach, network building, and collective impact. Women at Sundance addresses these areas through activities designed to discover, spotlight, and forge more effective ways for women to succeed as storytellers who shape our cultural landscape.

In April 2015, we rolled out Phase III of our research continuing to explore barriers and opportunities for female content creators and to tell the story of where and why female filmmakers fall off the industry pipeline. Commissioned by Sundance Institute and Women In Film Los Angeles, and authored by Dr. Stacy Smith and her team at USC’s Annenberg School for Communications, the new study asks what happens to female filmmakers’ films and their careers after they premiere at the Sundance Film Festival and begin to interface within the entertainment industry? Though the data tells us that women are interested in genres favored by Hollywood, female filmmakers encounter significant obstacles as they attempt to move from independent to more commercial filmmaking, and face deep-rooted presumptions from the film industry about their creative qualifications, sensibilities, tendencies, and ambitions. Just 4.1% of the 100 top-grossing films (2002-2014) are made by female directors. A view of a gendered marketplace limits the perception of women’s career potential. This research helps guide Women at Sundance in our efforts to reverse the trend and remove obstacles for female filmmakers.

Now that the Resource Map has launched, what has the response been?

CL: Very positive! We have received responses from filmmakers and industry leaders alike who all find this to be an essential resource to help combat systemic barriers and catalyze the emergence of more and more female filmmakers. The Female Filmmaker Initiative is committed to a thoughtful build-out for the Map’s second version and in 2016 will aim to improve the user experience and work with our allied organizations to keep information up to date and relevant.

Finally, what are the next steps for the Initiative? Is there a plan on how to quantify the site’s success?

CL: Having completed three phases of groundbreaking research, the Female Filmmakers Initiative has made it possible for our community to better understand and quantify many of the barriers that hold back female filmmakers. Now heading into its fourth year, the Initiative will build on its current work, setting its focus beyond incremental change and individual programs to a broader and more ambitious vision: systemic change.

The problem of gender inequity in media is complex and deep-rooted and it needs an approach that matches the challenge. The question of how we begin to unravel and re-envision the large-scale, systemic barriers is the question we need to answer. Systems are perfectly designed to produce the results they produce. If we want a system that looks different, we have to change the system to produce different results. To truly break down systemic barriers, we believe a strategic campaign – working with stakeholders across our industry to formulate and enact a shared vision – needs to be mounted.

We’re determined to take the first step toward formulating a strategy and a vision for systemic change. We believe that first step is working with systems change experts who will use “design thinking” to help us understand who and where the stakeholders are, where leverage points are located, and where the most effective next steps lie.

Click here to access the Female Filmmakers Initiative Resource Map. For more information on the Sundance Institute initiatives that Caroline Libresco heads up, check out the Catalyst and Women at Sundance websites. For information on Women in Film Los Angeles, visit their official website.