Guest Post: WILLIAM MAPOTHER on acting in ANOTHER EARTH 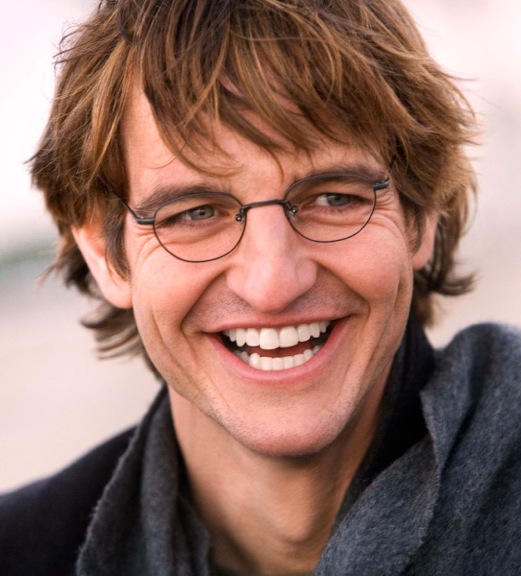 When SAGIndie’s Director, Darrien Gipson, asked me to write about working on the micro-budgeted ANOTHER EARTH, I immediately agreed, partly because she’s not an easy person to refuse, but mostly because she’s a tireless supporter of SAG and independent filmmakers. (It did occur to me, though, that she’d might have been just as happy if I let her use a Wanted-style photo of myself with “$100/day” pasted across my forehead. It wouldn’t have made my reps very happy, but she’d have gotten it a lot sooner than it’s taken me to send her this piece.)

With my customary habit of trying to find the takeaways, here’s my current list from Another Earth:

Nothing too novel there, I know, but they’re particularly helpful to me in the case of AE, because this project was so unusual. If the lessons apply there, they apply almost anywhere. But my lessons are not yours, so take away what you will. Here’s my AE story in three pieces: finding, committing, and shooting.

Finding: To demonstrate just how random my path was, let me start back in 2007. At a reading in LA by New Yorker writer Adam Gopnik, by chance I met a NYC theater and artistic director. I’d been hankering for stage work, so I made an effort to stay in touch and see him back East. Cut to 2009: He was running all Shakespeare programs at the Public Theater, and he asked if I knew anyone who wanted to attend their annual Shakespeare Lab for actors. Uh, yeah: me. So, the summer of 2009 found me in NYC, usually wandering the sidewalks reciting iambic pentameter to myself.

To take full advantage of being there, I sent my manager a list of NYC casting directors whom I hadn’t met, and I asked him to set up some general introduction meetings in early August. At one appointment, in Chelsea, the building was being renovated. The elevator was out, construction was loud and dusty, and the casting directors and I had to meet in an open area they shared with other offices. Light chitchat, twenty-five minutes in and out. It was very inauspicious. Then, two weeks later in Los Angeles, I unexpectedly received a script from them.

Committing: Starting the previous winter, AE’s director, Mike Cahill, and his co-writer, producer and star, Brit Marling, had begun shooting the movie. They just had a script and camera and off they went, long before they had everything in place, e.g., an actor to play opposite Brit. They’d convinced producer Hunter Gray to pony up a small budget —and I mean very, very small — and the two of them began shooting around West Haven, Connecticut, calling in favors and scrounging and scamming as necessary.

They continued shooting what they could through the spring and summer, but they still couldn’t find an actor they liked for my role. Then, in August after the dusty encounter in Chelsea, the casting director asked Mike and Brit about casting me, and they liked the idea (at least that’s the story I’ve heard). The offer and project details were this, basically: “We have a tiny budget, a first-time feature director, an actress so new she’s not even in SAG yet, and we’re going to pay you as little as your union will allow. Interested?”

How could I refuse, right? Shockingly, though, sometimes I have passed on just such an offer. But several things made this one different. First, the script. The story was unusual and interesting. Almost as unusual was that it was well-written, suggesting that I could expect such a level of care and intelligence from the entire project. Second, it was a new character for me. If I was going to take a chance on a new director and actress for no pay, I at least wanted to try something which is difficult to find with higher-budgeted films: an opportunity to step out of the pigeonhole. Third, the casting director sent some assembled footage that Mike and Brit had shot. It didn’t take a genius to see that Mike knew how to shoot and Brit how to act.

Finally, the three of us got along very well right from the start. Because low budgets can magnify personality differences, I asked to meet with them before I committed. My concern was unnecessary. Our brief lunch at Izzy’s Deli lasted until well into the afternoon. It was clear they were bright, fun, optimistic and focused on making the best possible movie. They agreed to spend about a week rehearsing my scenes, and I was on board. 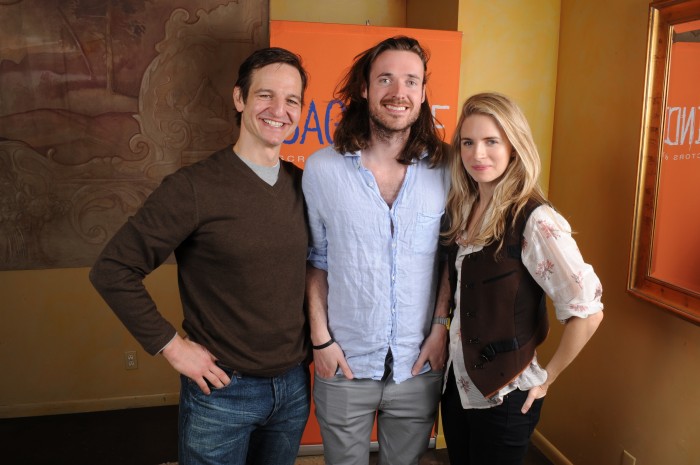 Shooting: One day on the set of Mission: Impossible 2, John Woo explained his options: “In Hong Kong, no money, lots of time. In Hollywood, lots of money, no time.” We didn’t really have much of either one, but the production clock hadn’t started ticking yet.

So, for about a week and a half, the three of us met at my house to rehearse and workshop my scenes. We analyzed, specified, and ran the scenes again and again. Rather than resisting input, they welcomed it. Not to placate me—plenty of my suggestions were kindly put to bed—but because they trusted themselves to recognize a good idea and to disagree with me. And they were secure and smart enough to use a good idea without feeling threatened. Our rehearsal time together was invaluable. By the time we headed back East to shoot, Mike and I had a shorthand, and Brit and I had our characters’ dynamic.

Production kicked off in early October with a car accident scene, shot overnight in West Haven, where Mike had finagled a free closing of the coastal road. The next day the whole production (all, what, twelve of us?) drove to mid-state New York, near Delhi. We stayed in a small motel, and the set (my character’s house) was owned by a friend of Mike and Brit.

Without fail, the focus from everyone was on making the movie as good as it could be. We shot digital (a Sony EX3), which in many ways is an actor’s dream. Less time spent lighting allowed Brit and me to keep up our emotional momentum, and it also meant we had time for more takes. In fact, at one point a scene wasn’t working, and we just stopped shooting for almost an hour to figure it out.

Every morning the associate producer cooked the crew breakfast in our picture kitchen, and every afternoon Brit cleaned it up for the camera. The crew could’ve fit in a station wagon, and sometimes did, and our tireless, ingenious production team spent the very chilly days about thirty yards from the house, in an unheated, dangerously rickety barn.

Mike was director, DP and camera operator, and Brit was both acting and producing. Our production designer handled wardrobe, and our 1st AD was the script supervisor. The producers were just as likely as anyone else to be moving furniture and making meal runs. The changing rooms for Brit and me doubled as storage for furniture and lighting equipment. The house had one bathroom, shared by all. I had cell service… if I went up to the gravel road and stood on the bank of the creek.

All of which is to say, the conditions were not luxurious. Money and scheduling were tight, and we were all underfoot of someone else. But the script, the planning, and the atmosphere among the crew were all strong. The result? I’ve seldom had a more fun and satisfying shoot. Everything else — the movie’s quality, Sundance, Searchlight, good reviews, a nationwide release — is icing.

William Mapother is an actor, writer and entrepreneur. His company, Slated.com, will soon be in beta as the first online marketplace for film finance. He stars in ANOTHER EARTH, which was bought at Sundance by Fox Searchlight, and last weekend played in over 90 domestic markets. His website is williammapother.com.