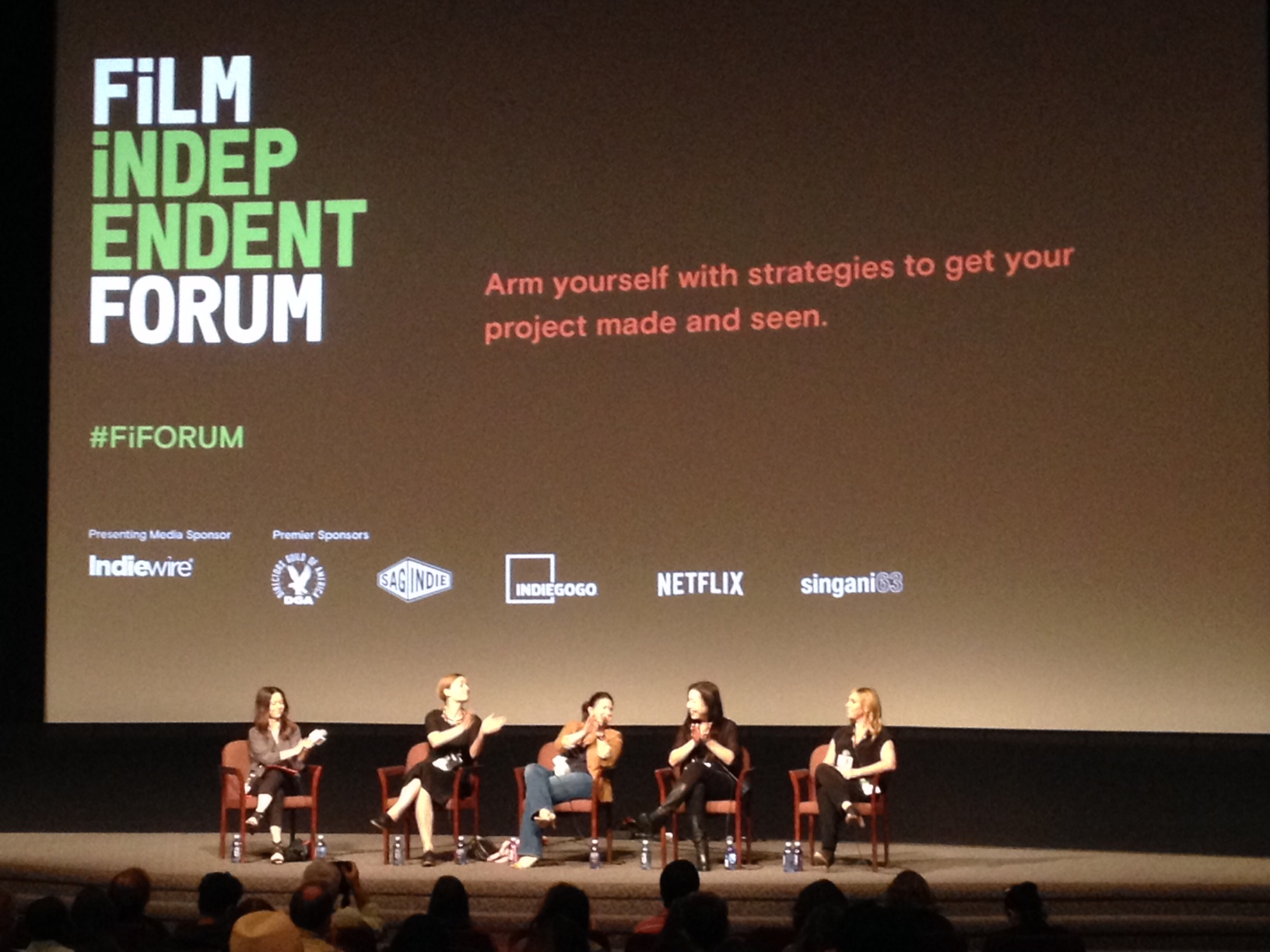 UPDATED: With new videos and information.

SAGindie was a returning premiere sponsor of the 2015 FILM INDEPENDENT FORUM, which kicked off Friday, October 23, at the Directors Guild of America, with a screening of Jay Roach's Trumbo.

Filmmakers who attended the Forum got access to conversations, case-studies, and panels on topics like marketing, crowdfunding, distribution, and more. Panelists and speakers included Miranda Bailey (producer, The Diary of a Teenage Girl), Nina Yang Bongiovi (producer, Dope), Josh Braun (producer/distribution advisor, Tiny Furniture), and many more. SAGindie got to meet some great filmmakers at our hosted lunches (shout out to our table co-hosts, (500) Days of Summer screenwriter Scott Neustadter and The Film Arcade co-founder Andy Bohn). We also hosted an indieLink table, so thanks to all the filmmakers we got to meet on our little speed-dating sessions!

But three of the weekend’s biggest highlights included a Filmmaker Keynote from director John Chu (Step Up 3D, Jem and the Holograms), an Executive Conversation with producer Jason Blum and his team from Blumhouse Productions (Paranormal Activity, Whiplash), and a Conversation between filmmaker Lynn Shelton (Your Sister’s Sister, Laggies) and actress Illeana Douglas (Ghost World, Grace of My Heart).

See full videos of the speeches below.